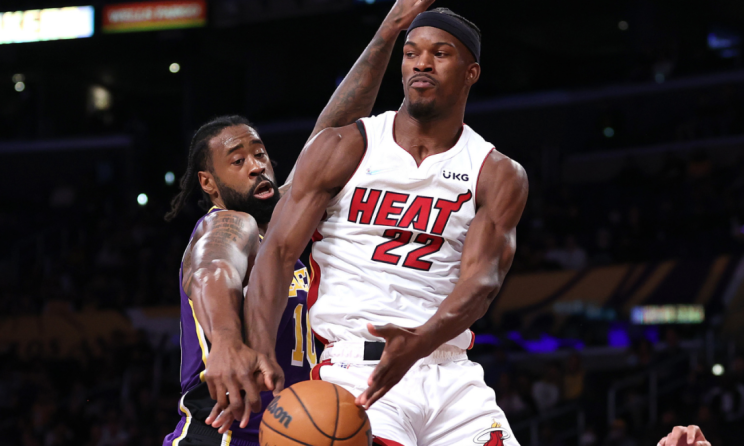 Monday will be the first time the Miami Heat play the Toronto Raptors this season, but Kyle Lowry will not be part of the action. The longtime Raptors point guard and current floor general for the Heat will reportedly miss the game for personal reasons, so those looking forward to see him against his former team will have to wait. Tip from FTX Arena in Miami is set for 7:30 p.m. ET, where the Heat are 13-5 this season. Toronto is 9-8 as a visiting side, but has lost four of its last six road games.

Miami is favored by three points in the latest Heat vs. Raptors odds from Caesars Sportsbook, and the over-under is set at 207. Before entering any Raptors vs. Heat picks, you’ll want to see the NBA predictions from the model at SportsLine.

The SportsLine Projection Model simulates every NBA game 10,000 times and has returned well over $10,000 in profit on its top-rated NBA picks over the past three-plus seasons. The model enters Week 14 of the 2021-22 NBA season on a stunning 56-30 roll on all top-rated NBA picks, returning almost $2,200. Anyone following it has seen huge returns.

Now, the model has set its sights on Heat vs. Raptors. You can head to SportsLine to see its picks. Here are several NBA betting lines for Raptors vs. Heat:

What you need to know about the Heat

Miami struggled in its last game against Philadelphia on Saturday, and came out on the wrong side of a 109-98 final score at home. Shooting guard Max Strus has started in each of his last eight games, but he had his most inefficient outing during that stretch, with just 11 points on 3-for-12 shooting in 28 minutes on the court. Jimmy Butler was even worse, with eight points on a 1-for-11 performance from the field. Tyler Herro and Caleb Martin provided some firepower off the bench, with 16 points apiece, but it wasn’t enough.

The Heat hope that center Bam Adebayo, who is listed as questionable (thumb) can return after missing 21 games. If he does play, he will surely be on a minutes restriction, but with many of their top scorers banged up, the Heat will take the help. Omer Yurtseven has played well in his place — especially recently — and matched his season-high with 22 points against the 76ers. He also had 11 rebounds, and he has averaged 13.2 per game over his last 14 appearances.

What you need to know about the Raptors

Toronto was able to grind out a solid victory over the Milwaukee Bucks this past Saturday, winning 103-96. Toronto F/C Pascal Siakam posted his first triple-double of the season on 30 points, 10 dimes and 10 boards. Forward OG Anunoby also showed well for Toronto, and finished with a 24-point, eight-rebound night. Since returning to action after missing several games (health and safety protocols), he has made an impact, with 19.4 points per game over his last nine starts.

The Heat enter the contest with only 7.2 steals given up per game on average, good for fourth best in the league. However, the Raptors come into Monday averaging the third most steals per game in the league at 9.08. The main culprit for Toronto has been Gary Trent Jr., who averages 1.9 swiped per game.

How to make Heat vs. Raptors picks

The model is leaning over on the total, and it’s also generated a point-spread pick that is hitting in almost 60 percent of simulations. You can only see the pick at SportsLine.