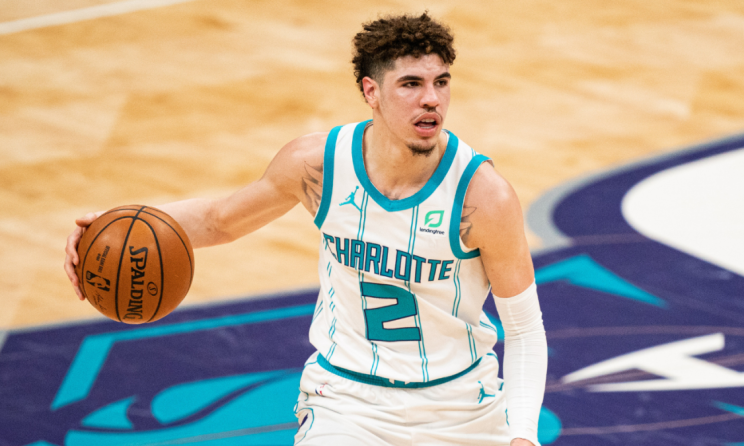 The Atlanta Hawks and the Charlotte Hornets are set to square off in a Southeast Division matchup at 7:30 p.m. ET on Saturday at State Farm Arena. The Hawks are 7-9 overall and 6-1 at home, while Charlotte is 10-7 overall and 4-5 on the road. The Hornets took two out of three in the season series last year and also covered the spread in two out of those three contests.

So far this season, the Hornets are 10-7 against the spread, while the Hawks are 6-10. Both teams, however, have been solid bets of late, with Charlotte covering five straight and Atlanta covering three in a row. Atlanta is favored by 6.5 points in the latest Hawks vs. Hornets odds from Caesars Sportsbook, and the over-under is set at 226. Before entering any Hornets vs. Hawks picks, you’ll want to see the NBA predictions from the model at SportsLine.

The SportsLine Projection Model simulates every NBA game 10,000 times and has returned well over $9,000 in profit on its top-rated NBA picks over the past three-plus seasons. The model enters Week 5 of the 2021-22 NBA season up over $900 on all top-rated NBA picks this season. It’s also on a stunning 113-75 roll on top-rated NBA picks against the spread that dates back to last season. Anyone following it has seen huge returns.

What you need to know about the Hawks

Atlanta didn’t have too much trouble with the Boston Celtics at home on Wednesday as the Hawks won 110-99. Atlanta got its victory thanks in large part to several key players, and it was power forward John Collins out in front dropping a double-double on 20 points and 11 boards.

Trae Young also had a double-double with 18 points and 11 assists in the victory, but he struggled from the field, shooting just 4-for-12. Even with the poor shooting night, Young has averaged 28.4 points per game over his last seven games after a sluggish start to the season and is now averaging 25.1 points and 9.2 assists per game.

What you need to know about the Hornets

Meanwhile, things were close when Charlotte and the Indiana Pacers clashed on Friday, but Charlotte ultimately edged out the opposition 121-118. Point guard LaMelo Ball and small forward Gordon Hayward were among the main playmakers for the Hornets as Ball almost posted a triple-double on 32 points, 11 rebounds, and eight dimes and the Hayward chipped in 25 points.

With Ball initiating the offense and generally looking even more confident in his second season, the Hornets rank second in the NBA in points per game (112.8), third in pace (101.6) and 10th in offensive rating (109.6). The Hawks don’t play as fast as you might imagine (18th in pace) with Young running the point, so look for Charlotte to control the tempo to dictate the flow of the game.

How to make Hornets vs. Hawks picks

The model is leaning under on the total, and it’s also generated a point-spread pick that is hitting in well over 60 percent of simulations. You can only see the pick at SportsLine.

So who wins Hawks vs. Hornets? And which side of the spread hits in well over 60 percent of simulations? Visit SportsLine now to see which side of the Hornets vs. Hawks spread you need to jump on, all from the model that has crushed its NBA picks, and find out.