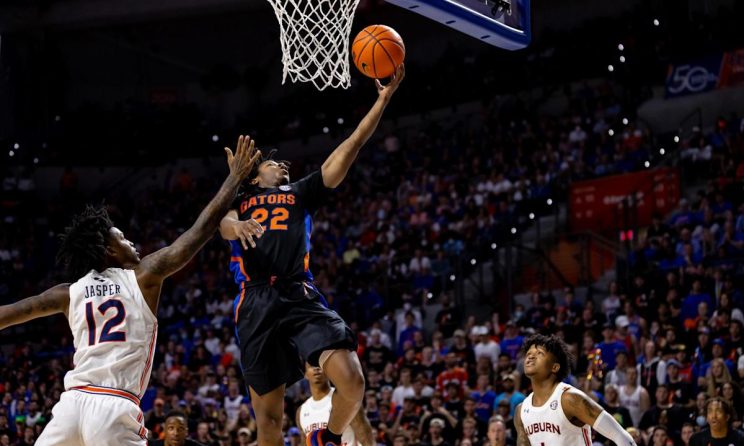 Florida basketball’s NCAA Tournament hopes got a boost on Saturday when the final horn sounded in the O’Connell Center, marking the Gators’ 63-62 upset victory over the second-ranked Auburn Tigers. The win was both payback for a loss earlier this season as well as a desperate attempt to remain in the March Madness discussion.

The Orange and Blue still have a ways to go before they secure a spot in the Big Dance next month, but the win at least gave it a second Quadrant 1 victory to go along with the buzzer-beater against the Ohio State Buckeyes last November. Still, CBS Sports recognized the importance of Florida’s upset in its college basketball winners and losers article following the game.

The Gators entered Saturday as one of the “First 4 Out” of the projected NCAA Tournament field, according to CBS Sports Bracketology Expert Jerry Palm. They had dropped seven straight Quad 1 opportunities since a Nov. 24 win over Ohio State and were coming off a crushing 56-55 loss at Texas A&M on Tuesday. But Florida finally added some much needed meat to its résumé with its 63-62 upset of Auburn. Eventually, students made their way onto the court in celebration of the win, which improved Florida to 17-10 (7-7 SEC).

The win moved Florida up six spots in the NET rankings back into the top 50 at No. 47. Its next test comes at home against the Arkansas Razorbacks on Tuesday in a matchup that presents the opportunity for another W in the Quad 1 column. If the Gators can once again prevail, that postseason résumé is suddenly looking a bit tidier than it has in quite a while.

Let us know your thoughts, comment on this story below. Join the conversation today. 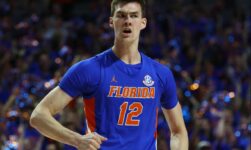