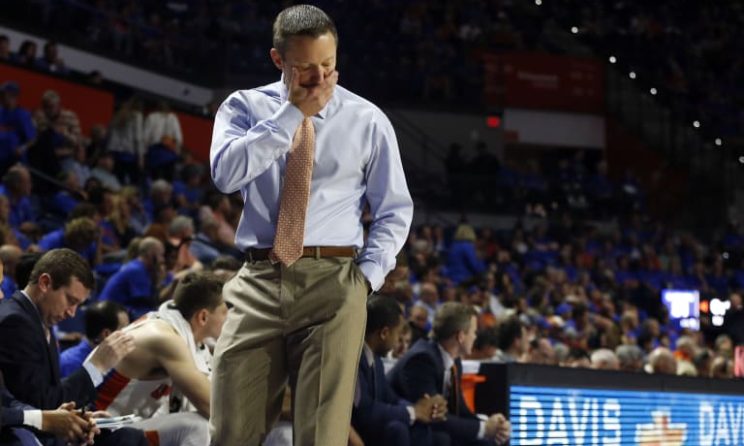 • Florida and Maryland meet for the first time in 18 years, as the Gators return to Barclays Center and the Basketball Hall of Fame Invitational for the second time. Florida topped Providence in the event during its last visit to Brooklyn in Dec. 2019.

• The Gators have had a balanced offensive attack, with six different players leading or co-leading the team in scoring at least once within the first eight games of the season.

• Florida battled back from a double-digit deficit to knock off Ohio State on Tyree Appleby’s buzzer-beating 3-pointer to win the Fort Myers Tip-Off . Phlandrous Fleming led the Florida attack wtih 19 points and four steals, supported by Colin Castleton’s double-double with 11 points and 13 rebounds.

• The Gators rode a strong late-first half performance to victory against Cal, outscoring the Bears 29-10 over the final 8:10 of the opening frame. Four Gators scored in double figures, led by Colin Castleton’s 16 and Tyree Appleby’s 15.

• The Gators used a 13-0 second-half run to spark the win against 20th-ranked FSU, and Colin Castleton earned SEC Player of the Week honors with a 15-point, 16-rebound, six-blocked shot performance.

• After playing with no seniors on their roster last season, the Gators have six senior or graduate players on the active roster this season.

• The Gators are one of six teams nationally with a win in each of the past four tournaments and the only Southeastern Conference team to reach every NCAA Tournament in that span (since 2017).

• The Gators added a quartet of veteran impact transfers who have a combined 3,882 career points scored at their previous schools. Florida’s 2021 class of incoming transfers rates in the nation’s top two in career points (Arkansas, 4,125 points, 6 players).

• The Gators will play at least 10 games against preseason AP top 25 opponents this season, including nonconference battles vs. Florida State, Ohio State and Maryland.