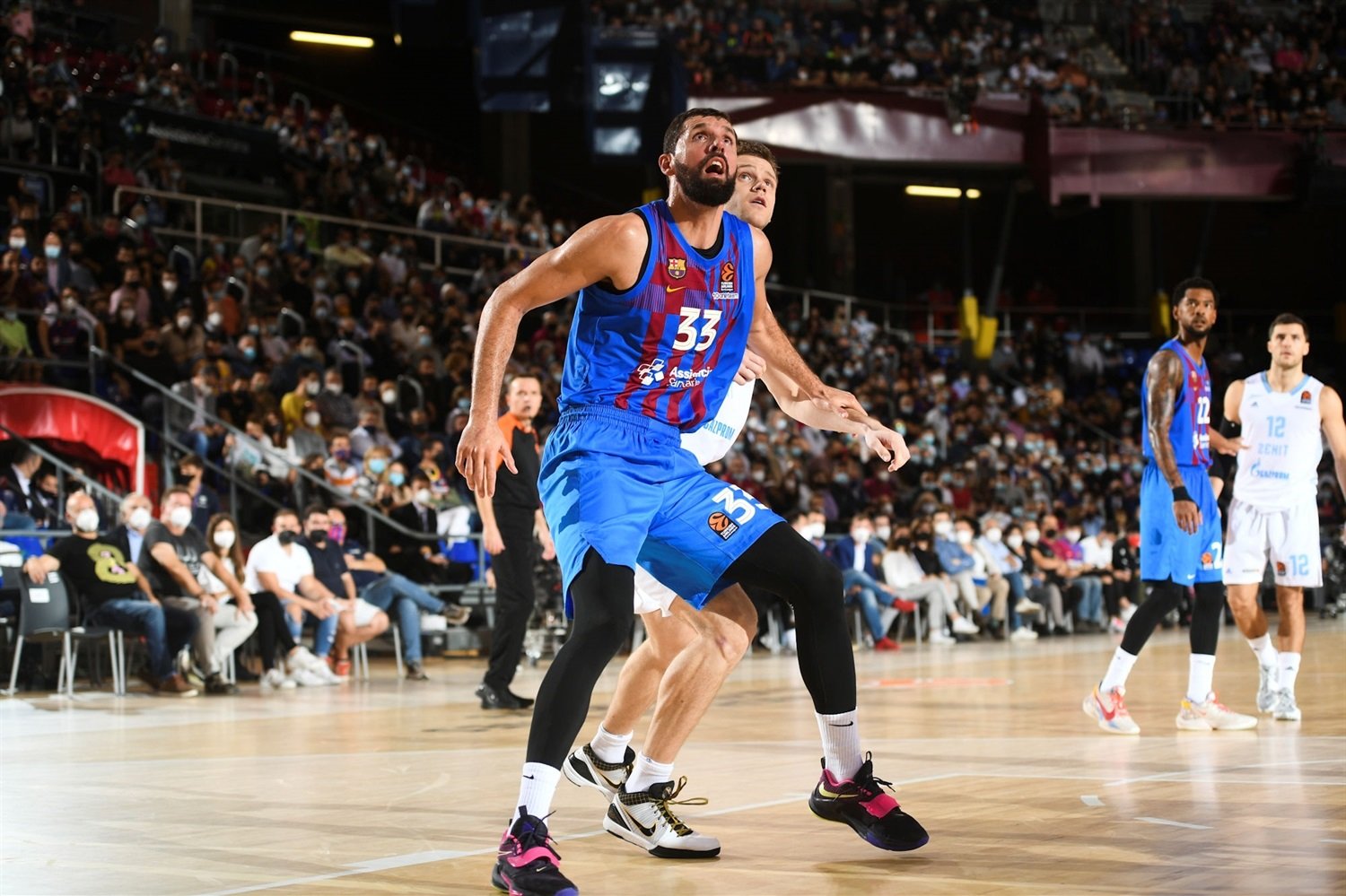 FC Barcelona maintained its perfect record in the EuroLeague after decimating Zenit St. Petersburg to complete day 2 of the competition’s Round 5.

After a balanced first quarter (20-19), the Catalans made a 46-22 run in the next two quarters to secure their 5th win in five games.

Nikola Mirotic led the way for Barca with 20 points in 15 minutes of play. That was the second loss for Zenit’s squad this season.

CSKA Moscow used a late run to secure its fourth win in the EuroLeague against Olympiacos (88-82). Olympiacos started the game with hot-shooting Tyler Dorsey to take a 15-25 lead in Moscow late in the first quarter.

However, CSKA answered with a strong comeback as Will Clyburn led the way with 29 points, taking a 17-point lead (66-49), late in the third quarter.

The Reds made their final run to cut the deficit down to three (66-63) in the fourth, before Lundberg, Bolomboy and Clyburn joined forces to restore a 78-66 CSKA lead, allowing the Russian powerhouse to seal the win and improve to 4-1. Olympiacos dropped to 3-2, after the second road loss in the competition.

ALBA Berlin achieved its first road victory as the German club prevailed with a 63-78 win over Crvena Zvezda. Berlin had seven players with at least eight points, with Maodo Lo leading the way with 17 points.

Baskonia was able to achieve its third consecutive victory as the Spanish club prevailed over AS Monaco Basket with a 78-66 win. Monaco dropped its third game in five EuroLeague contest, while Baskonia improved to 3-2.