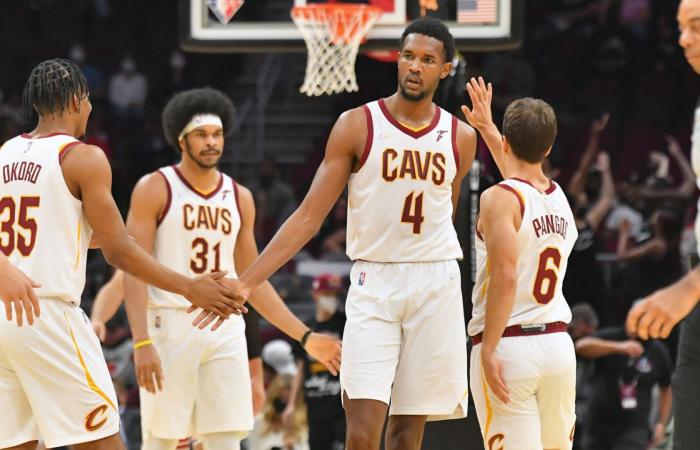 Rising sensation Evan Mobley is high on the Cleveland Cavaliers’ streaking success so far this season.

Guesting on NBA TV for his post-game interview in a 91-89 come from behind dub against the Boston Celtics on Saturday, Mobley, who had 19 markers, 9 boards, 3 blocks and 2 steals, credited his teammates on the confidence he gains on a nightly basis.

The skyscraping rookie added that the reason for their hot start so far is the familiarization towards their “identity” as a team.

“I feel like we’ve all just bought into our identity. We just go out there and win this craft — be dogs on defense and it’s getting us a lot of success.”

The young and talented Cavs have now won six of their last seven matches, etching a 9-3 record — good for the fourth spot in the now competitive Eastern Conference. Even without their go-to guy Collin Sexton who is sidelined due to a torn Meniscus, they are striking fear across the league with the huge upside amongst their young core being led by Twin Towers Mobley and Jarrett Allen.

The Cavs will continue to hold that blooming momentum as they face once again the Celtics inside the Rocket Mortgage Arena on Monday.