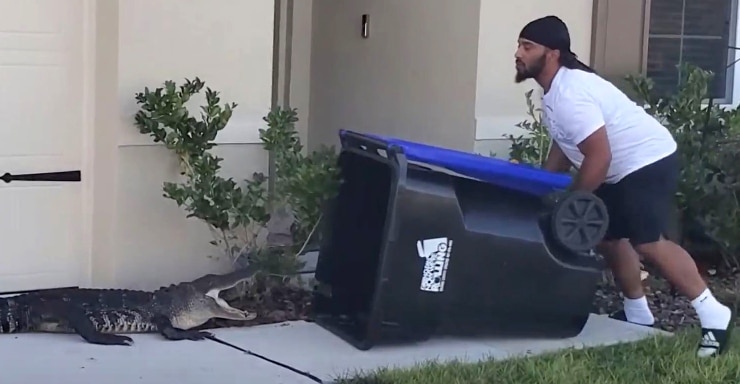 Eugene Bozzi is trending on social media because he caught an alligator. Though, he is also getting quite a few laughs over his cheap shot directed at Philadelphia 76ers point guard Ben Simmons. While being interviewed by CBS Philly, Bozzi told media reporters, “I’mma be honest, I didn’t think. My father instincts kicked in.”

“I was jumped into action and I said, ‘You know what? I’m not gon’ be Ben Simmons. I’mma go capture this basket.” Bozzi is a Philadelphia native, and he has been living in Orange County, Florida for about a year.

Furthermore, the 26-year-old Florida man is referencing the 2021 Conference Semifinals series between the Atlanta Hawks and Philadelphia 76ers. Late in the fourth quarter of Game 7, Simmons had an open basket in the paint.

However, instead of going for the dunk, he passed the ball to Matisse Thybulle. Keep in mind, the score was 88-86, with the Sixers trailing by two points. The video down below was recorded by Roy Bonilla. The alligator was captured 14 miles east of Orlando.