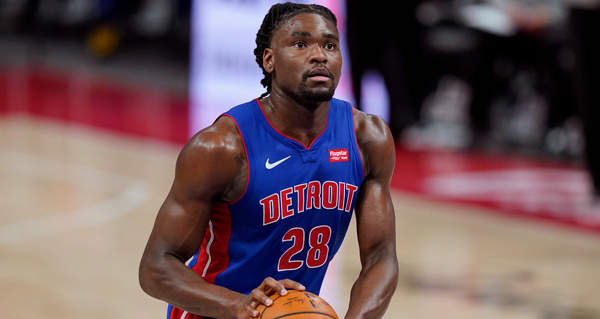 After Isaiah Stewart was hit in the face by LeBron James on Sunday night, he attempted to go after James and other Lakers several times. There were also worries that Stewart would attempt to re-enter the arena through the back hallway.

For his part, Detroit Pistons head coach Dwane Casey doesn’t think Stewart should face any further punishment for his actions.

“He shouldn’t be facing anything. Not getting off the court in time, that’s a small thing,” Casey said. “I don’t see any ramifications from that standpoint, except from just not leaving the court in time, maybe. I thought that’s why he got ejected from the game, so to me, that’s enough punishment.”

James was ejected for a Flagrant Foul 2 for hitting Stewart in the face. Stewart was ejected for escalating things on the court. Any further league discipline, including fines and suspensions, could be handed out on Monday.