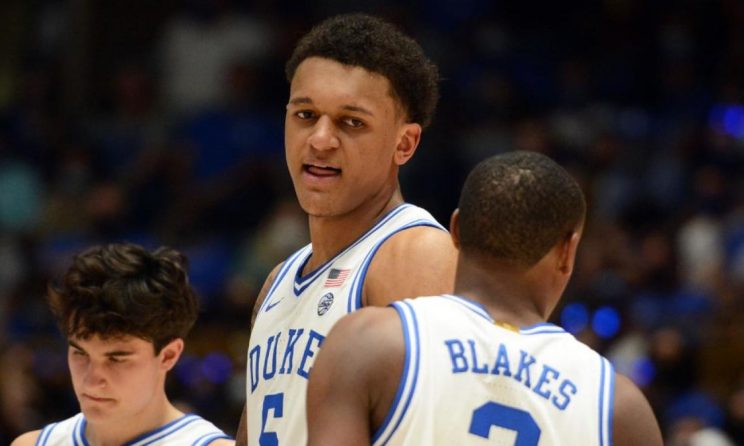 The biggest game on Tuesday’s sports calendar will take place at Madison Square Garden in New York when No. 9 Duke meets  No. 10 Kentucky in the featured contest of the 11th annual Champions Classic doubleheader. The game between the Blue Devils and Wildcats will not only serve as the marquee matchup of the busy opening day of the 2021-22 college basketball season, it also marks the final time Duke coach Mike Krzyzewski, who begins his 47th and last season as a coach, will coach in a season opener.

Duke and Kentucky are the two biggest programs in college hoops, and the programs have played an epic game or two over the decades. It’s only fitting that Wildcats vs. Blue Devils serves as the metaphorical starting gun for the season. This may well also be the last time Krzyzewski and Kentucky coach John Calipari square off.

The programs also enter Tuesday night with uncommon urgency and a desire to prove something that’s usually not evident in the first game of the season. Duke is coming off its first non-NCAA Tournament season since 1994-95. The Blue Devils weren’t even in the NIT. For Kentucky, even worse: a 9-16 showing a season ago amounted to the worst winning percentage for Big Blue since 1926-27.

Will this season see drastic reverse-courses for both bluebloods, or will one or both of these teams continue to play below program expectations over the next four months? There is enough roster overhaul with each team to validate their prideful preseason rankings. It will be the 23rd meeting all time between these two; UK leads 12-10. It’s the first meeting in the series’ history with MSG serving as the host.

How to watch Duke vs. Kentucky live

On Friday, Kentucky played a curiously close exhibition game against Miles College, a Division II school. The Wildcats won 80-71. It’s the only time Kentucky’s failed to win by fewer than 22 points in exhibition play since John Calipari got there. So as far as I’m concerned, this is all setting up beautifully for people to be duped into taking Duke without much hesitation. But I will go UK on the moneyline in this spot because it’s the most veteran-laden team Calipari’s ever had at UK, the shooting will undeniably be better than last season’s team, and I think PF Oscar Tshiebwe is going to have a lot of success neutralizing Duke’s frontcourt presence. With these teams likely have some jitters (after all, MSG is going to be an environment unlike anything any of these players have experienced in almost 20 months), defense will win out. On the whole, I trust Kentucky’s defense, and its shooting, a bit more than Duke’s. Prediction: Wildcats 71, Blue Devils 65 — Matt Norlander