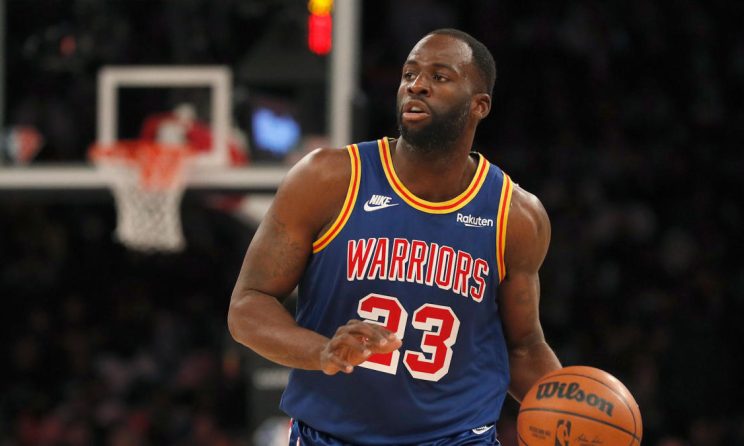 The Golden State Warriors have been without Draymond Green, who’s dealing with a disc injury in his lower back, for the last three weeks, and it doesn’t sound like they’ll be getting him back in the immediate future.

On Tuesday, the team released a statement saying a recent re-examination revealed that Green is making progress in his recovery and that he will be examined again prior to the All-Star break, which for the Warriors begins on Feb. 17.

Golden State plays eight games between now and then.

That will make a total of 20 missed games over this stretch for Green if he is indeed able to return after the All-Star break. Golden State has managed fairly well in his absence, having won six straight on its way to an 8-4 record over this 12-game stretch while continuing to operate at an elite defensive level (No. 2 overall since January 10th).

The offense has fallen off but has recently climbed back into a top-10 ranking. Don’t let the Warriors’ defensive maintenance fool you; Green is imperative to what they do. But it is noteworthy that the offense, statistically speaking, has taken the real hit, as you might not realize Green’s importance to that end of the court if you’re not a regular Warriors viewer.

Golden State needs Green back but, fortunately, they have built up enough of a cushion to not have to rush it.