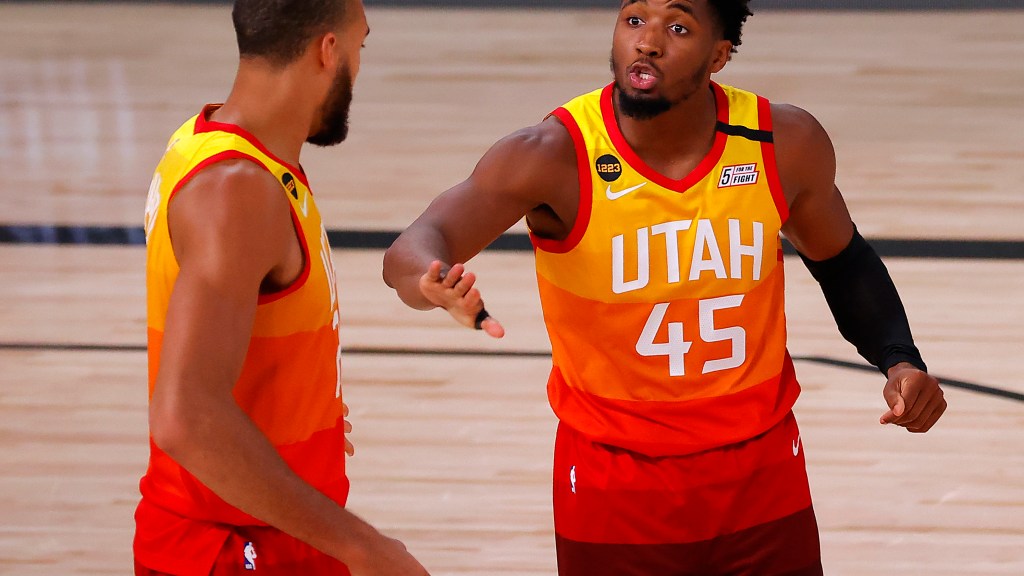 Waves were stirred on the NBA blogosphere this week when a report came out indicating that Rudy Gobert has a him-or-me attitude towards next season regarding star teammate Donovan Mitchell and demands one of them be traded.

Rudy Gobert is at “him or me” point with Donovan Mitchell and will demand that one of them be traded in next few days, per @realOCsports

“Rudy feels that his own numbers are consistent or getting better, while Don is D liability and is falling off in terms of explosiveness” pic.twitter.com/ilIJRMXX2z

Now, the source can’t be considered super reliable, as he is not known as an NBA newsbreaker, but it still caused enough of a stir that Gobert replied to the rumor himself:

Everyday has it’s own new “rumor” 🙄

Regardless, there’s little doubt that Gobert or Mitchell could be on the move this offseason with how poorly Utah’s season just ended after years of playoff futility.

If Gobert is put on the block, one team that could be interested in the French defensive specialist are the Golden State Warriors, according to ESPN’s Tim MacMahon:

Tim McMahon: ‘I know Rudy Gobert and Draymond Green have a great relationship… Any Golden State possibilities?’ Brian Windhorst: ‘I have heard that rumor out there… I guess it would be based around Andrew Wiggins… I don’t know. If the Warriors win the title I don’t know if they’re looking for a major shake-up. But the Warriors don’t have that big and they have young players and they have the Wiggins contract. … I don’t think they should be considered a leader but I think that’s on the board. I’ve definitely heard that.’

Nevertheless, we are in a holding pattern at the moment with regards to Gobert’s future, as Tony Jones reported this week that the Jazz are waiting for their exit interview with Gobert before deciding on how to proceed this offseason:

Rudy Gobert and his agent are waiting for their annual exit meeting with the Utah Jazz, League sources tell The Athletic. That meeting will likely determine how the two sides proceed going forward into the offseason

Might this be the offseason when we see Utah choose between Gobert and Mitchell? We’ll find out soon enough.

For the latest on the Rudy Gobert trade front, click here.