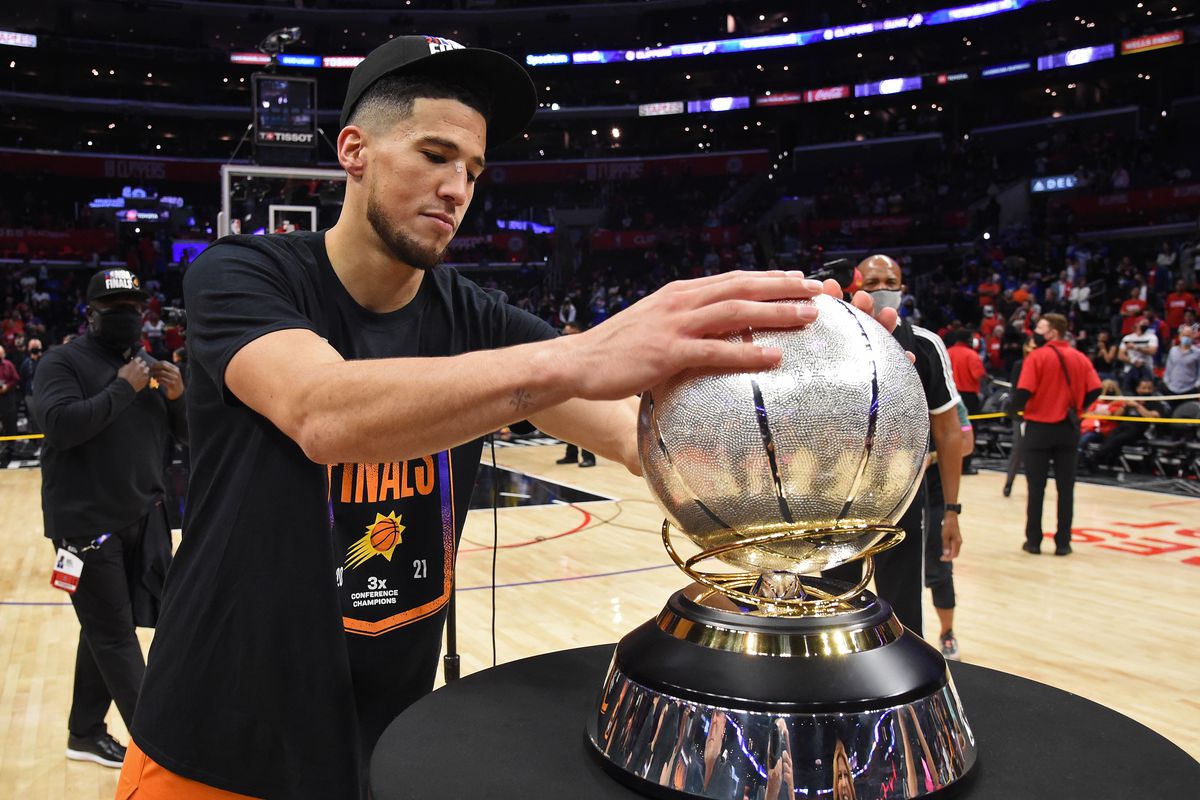 Phoenix may have lost their edge in the NBA Finals following their game four loss to the Milwaukee Bucks but there’s no denying the continuing impact Devin Booker is having on the Suns’ overall chances of picking up a long-awaited first ever title.

Booker bagged 42 points in game four and took his overall playoff total this season to 542 which is the record for the highest points scored by a player appearing in his first postseason.

The NBA finals could go all the way to game seven and according to sidelines.io the odds are still very much on the Suns to run out winners, despite losing two games on the spin away on Bucks territory. Phoenix are backable at (-149) but a more lucrative bet would be on the underdogs Milwaukee (+125), roared on by a seemingly unstoppable Giannis Antetokounmpo.

Booker’s fine run of form will have many sports betting enthusiasts considering backing the 24-year-old for the MVP award in 2021/22 and currently you can odds as long as (+1800) on the Suns star, which seems very tempting indeed.

The favorites to win the MVP award next season are Luka Doncic (+400), Joel Embiid (+700) with Stephen Curry, Kevin Durant and the aforementioned Antetokounmpo all available at (+800) and LeBron James at (+110)).

Booker will have other matters on his mind once he’s completed the NBA season as he’s part of the Team USA set-up preparing for action at the Tokyo Olympics.

On the matter of breaking the NBA record Booker appears unconcerned, stating that it’s all about what his team achieves this season;

“It doesn’t matter at all,” Booker said. “I said that after the last game too, when I struggled shooting it. The main objective is to win the game. So anything (else) that goes on throughout the game, it doesn’t matter, for real.”

“He was moving really well,” Williams said. “So when he’s moving like that and has his pop, you expect him to get by people and pull up on the dime for a shot. He was curling, getting to the basket, when he can stop on a dime and get guys up in the air, he has his legs underneath him. It’s just something I see in the shootaround when he’s working out. I can tell he’s got his legs.”

Booker was taken out of the action when he reached his fifth foul, with the Suns leading 85-79 with 10:50 left on the clock and he returned five minutes later when the lead had been cut to three.

It was then down to Giannis Antetokounmpo and co. to help Milwaukee pull off back to back wins and push their chances of a first NBA title since 1971.

Indeed both these teams are among the five franchise outfits waiting 50 years plus for a title. So something’s got to give by game seven or earlier.