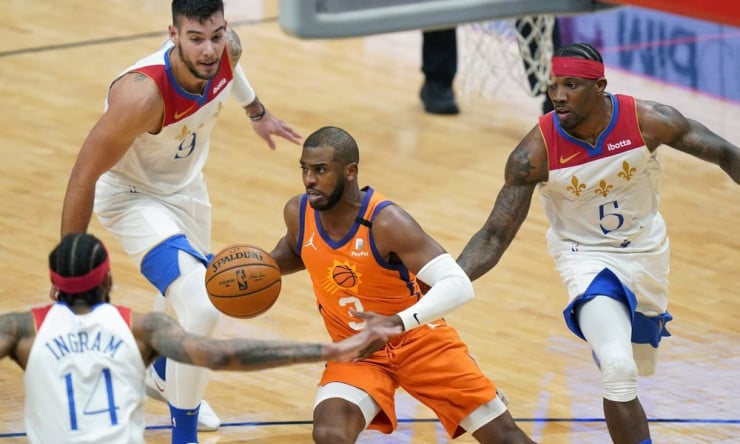 Our Expert presents picks for the clash between the Detroit Pistons (4-17) and Phoenix Suns (18-4) tonight.

Register an account with BetUS and claim a free bet!

For a full preview, the latest odds, and free picks for the game, read on:

Below are the latest odds as broadcast on BetUS, plus our preferred wager that’s currently featured on the BetUS prop market:

The Phoenix Suns enter Thursday’s contest with the Detroit Pistons as the NBA’s hottest team.

After starting 1-3, the defending Western Conference Champions have rattled off 17-straight wins and currently sit tied with the Golden State Warriors for the No. 1 seed.

However, the Suns will be without guard Devin Booker for at least a few games after exiting in the first half against the Warriors Tuesday.

On the other side, the Pistons sit at the very bottom of the Eastern Conference and have lost their last seven games.

I wrote in a piece highlighting rookies early on that Cade Cunningham hadn’t really impressed me yet this season. I would say that’s still the case, however, he did score a career-high 26 points last time out against the Portland Trail Blazers.

For me, facets of Cunningham’s game we were sold on haven’t really been there yet, like his playmaking. Maybe I’m too harsh on him because he’s the No. 1 pick, but I feel like No. 1 overall picks should move the needle at least a little bit for your team.

The over is 9-12 in Pistons games and 5-6 when Detroit is an away underdog.

With no Devin Booker late in Tuesday’s game, we saw Chris Paul bring out the old bag of tricks we last got to see on their playoff run last year.

While I think the Suns will have no problem taking care of business against Detroit tonight, I’m not sure how much energy Paul is willing to expend in this one. Going head-to-head with another top team and top player in the league on prime time is one thing, a Thursday night game against Detroit is another.

I’m on the under.