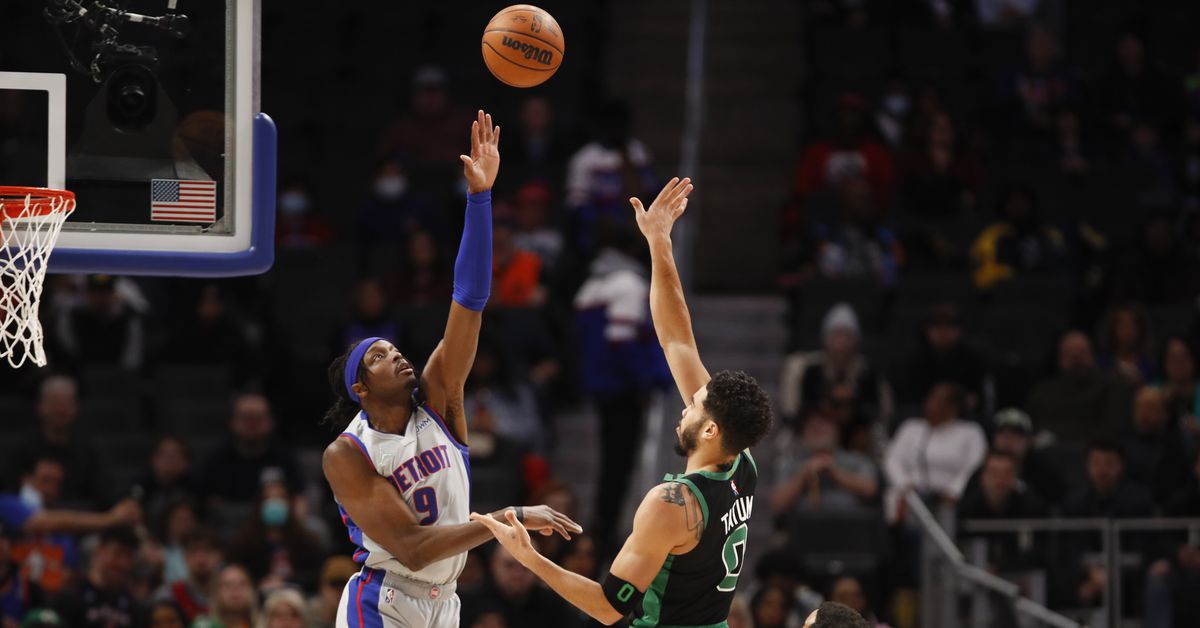 The Celtics are 6th in the East and with their 9 game win streak are climbing in the standings. They are 9-1 in their last 10 games and 20-10 at home. They are 24-14 against other Eastern Conference teams. With their win over Philadelphia on Tuesday, they are just 1 game behind the 5th place Sixers. They are 1.5 games behind 3rd place Cleveland. They are just 4 games out of first place. They are now 1.5 games ahead of 7th place Toronto.

The Pistons are 15th in the East and they are last in the league as well. They have lost their last 8 games and are 1-9 in their last 10 games. They are 4-25 on the road and 8-23 against other Eastern Conference teams. They are tied with 14th place Orlando and 6.5 games behind 13th place Indiana. They are 3.5 games ahead of Houston, the last place team in the Western Conference.

Marcus Smart was questionable on Tuesday but ended up playing. In the second quarter he went down with what the Celtics reported as a sprained ankle and was ruled out for the rest of the game. He is doubtful for this game. I’m going to guess that Derrick White gets the start because he started the second half last night, but Ime very well might start Payton Pritchard. Robert Williams missed Tuesday’s game with calf tightness and is also doubtful for this game. I’m guessing that Grant Williams starts again but it’s possible that Daniel Theis gets the start. For the Pistons, Frank Jackson (back) and Isaiah Livers (foot) are both out and Jamorko Pickett (toe) is questionable.

Grant Williams vs Jerami Grant
Grant is the Pistons’ best player and slowing him down will be key to beating the Pistons. He is averaging 18.8 points, 4.3 rebounds, 2.5 assists and 1.1 blocks per game. He is shooting 41.0% from the field and 32.7% from beyond the arc. He scored just 10 points in the first game on February 4 and the Celtics need to limit him again in this game.

Jaylen Brown vs Cade Cunningham
Cunningham is averaging 15.6 points, 5.4 rebounds, 5.1 assists and 1.3 steals. He is shooting 39.5% from the field and 32.3% from beyond the arc. Cunningham, the top pick in the draft, missed the first game between these two teams. The Celtics need to play the him tough to keep him from having a big game.

Honorable Mention
Jayson Tatum vs Saddiq Bey
Bey is averaging 15.9 points, 5.7 rebounds, and 2.8 assists per game. He is shooting 38.6% from the field and 34.0% from beyond the arc. He scored 21 points in the first game between these two teams. The Celtics need Jayson Tatum to play like an All Star on both ends of the court in this one.

Keys to the Game
Defense – Defense always will be key to winning. The Celtics are 2nd in the league with a 105.0 defensive rating while the Pistons are 25th with a defensive rating of 113.0. The Celtics held the Pistons to 31 points in the first half in their first meeting and have been winning games with their defense. They have to come into this game with the mindset that they need to play tough defense regardless of the Pistons’ record.

Rebound – Rebounding is important to give the Celtics extra possessions and to limit possessions for their opponents. The Celtics are averaging 46.8 rebounds per game (2nd) while the Pistons are averaging 42.8 rebounds (28th). Rebounding takes effort and the Celtics need to give extra effort to beat the Pistons to rebounds. When they show extra effort on the boards, it often shows up in other areas of the game as well.

Bench Play – The Pistons are 4th in the league in bench scoring with 38.7 points per game from their reserves. The Celtics at times struggle when their starters sit, especially when Marcus Smart is off the court. The Celtics need to get good production from their reserves on both ends of the court, especially on defense. The Pistons have former Celtic Kelly Olynyk coming off their bench and, in the past, he has been motivated to have big games against the Celtics. He is averaging 9.4 points per game. The Celtics also need to watch out for Hamidou Diallo who is averaging 11.2 points per game and filled in for the injured Cade Cunningham in the first game and led the Pistons with 21 points and 14 rebounds.

Don’t Underestimate – The Celtics have been playing hard, especially on the defensive end. That has resulted in an 9 game win streak. It would be easy to let up against the worst team in the league but that would be a mistake. They can’t come in to this game expecting to get a win without playing their best. They have lost games that they should have won by not taking their opponents seriously. They have to play like the Pistons are the best team in the league because on any given night if you underestimate a team, they will beat you, no matter your records. The Pistons have beaten Toronto, Milwaukee, Miami and Cleveland already this season and those wins were likely because their opponents underestimated them.

X-Factors
Back to Back at Home – The Celtics are playing on the second night of back to back games and had to travel after playing on Tuesday. The Celtics are at home and that should be an advantage for them while the Pistons have all the distractions of playing on the road. Which team will bring the focus and extra energy to get the win?

Officiating – Officiating can always be an X-Factor. Some officials call it tight and others let them play. Some are good and others are not so good. In every game there will be calls that frustrate players. Some officials can take the momentum out of a game. The Celtics have to adjust their play to the way the referees are calling the game and not let bad calls or no calls take away their focus.