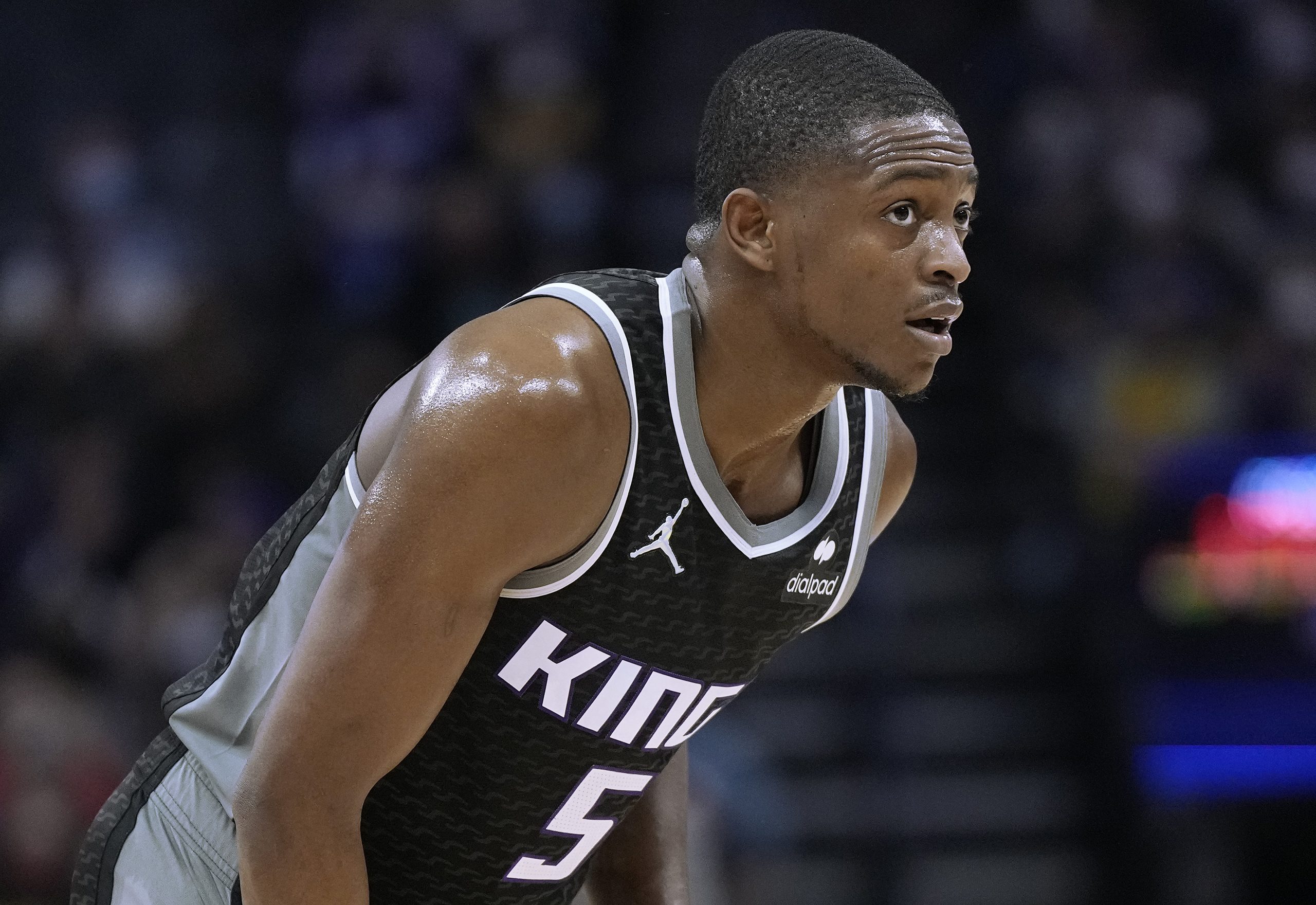 The NBA news cycle has been dominated this season with rumors of when or if the Philadelphia 76ers will trade Ben Simmons based on the list of the 30 players that they have an eye on. With less than 30 days before the trade deadline on February 10th, De’Aaron Fox has gotten his chance to be connected as the latest Simmons rumor, according to Chris B. Haynes of Yahoo! Sports.

“The Philadelphia 76ers canvassed the prospect of a Fox, Ben Simmons trade package as recently as a few days ago, but dialogue remains exploratory due diligence, league sources told Yahoo Sports.

The Kings, under second-year general manager Monte McNair, are expected to be aggressively active at the trade deadline, sources said. The front office has been given the green light by team owner Vivek Radavine to survey all options with the goal of drastically improving the roster.”

With the Interest in Fox and his backcourt teammate, Tyrese Haliburton, increasing with each passing day, Fox understands this is a part of the business of being in the NBA. His focus right now is not worrying about things he can’t control.

“If you do have a change of scenery, it changes everything. I’ve been here for five years. I’ve built a life here, a family here. But once I’m on the court, all that is out the window.” Fox said. “You’re not thinking about anything else that can happen outside of your control.

But I’ve been through some deadlines. I’ve seen people get traded at the last second. You try not to think about it, but you know it’s a business, and anything can happen. I’m not sure what’s going to happen. Obviously, you see reports on Twitter. Am I worried about it? No. Can it happen? Yeah, it can definitely happen.”

Simmons reportedly has already made it clear that he is “open” to a trade to the Kings back in October.