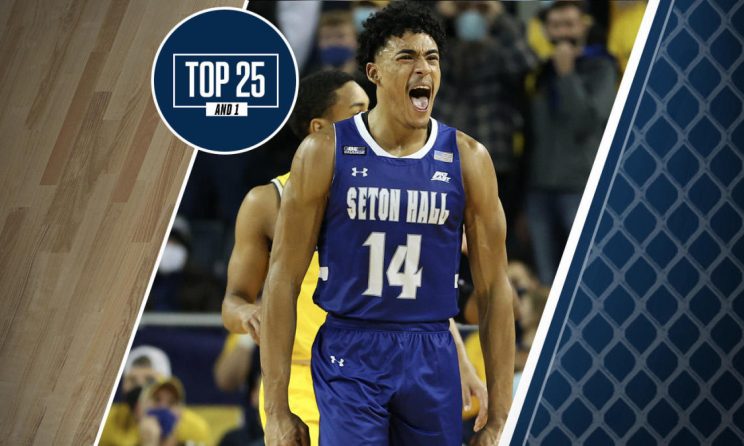 Kevin Willard guided Seton Hall to four straight NCAA Tournaments from 2016-19, and it would’ve been five straight if a global pandemic hadn’t led to the season being cut short in 2020. In other words, he’s been running a consistently good Big East program for a while now, with last season’s weird year being a lone and understandable exception. But, that said, not many expected the Pirates to win Tuesday’s road game against a Michigan team picked to win the Big Ten.

“This is where we are as a program,” Willard said following Seton Hall’s 67-65 upset of the Wolverines, who entered the game ranked fifth in the CBS Sports Top 25 And 1 daily college basketball rankings. “I expected us to win this game. This wasn’t a shock to me.”

Despite Willard’s well-placed confidence, Seton Hall was an 8.5-point underdog on the road against the reigning Big Ten champions. So if nothing else, oddsmakers were a bit surprised by the result, which doubled as the Pirates’ first win over a top-five opponent since they beat Temple in the second round of the 2000 NCAA Tournament. Jared Rhoden finished with a team-high 16 points, five rebounds, two assists and two steals. Michigan’s Caleb Houstan, a five-star freshman and projected lottery pick of the 2022 NBA Draft, missed eight of the nine shots he attempted and was limited to just four points.

With the win, Seton Hall jumped to No. 16 in Wednesday morning’s updated Top 25 And 1. Michigan is down to No. 17 — three spots behind BYU, which spent Tuesday night blasting Oregon 81-49. Mark Pope’s Cougars going from unranked to No. 14 caused Ohio State, Tennessee, Maryland, Auburn, UConn, Illinois, St. Bonaventure, Virginia Tech, USC and Florida to all be pushed down one spot each, though no fault of their own. That means Michael White’s Gators are now the first team out of the Top 25 And 1.