UFC welterweight contender Colby Covington has never been one to hold his tongue. That is particularly true when it comes to politics – he’s a long time support of President Donald Trump – and calling out other professional athletes that he derides for being “woke.”

Taking advantage of the flare up around Mike Tyson’s comeback fight in an exhibition with Roy Jones, Jr., Covington again took a shot at NBA great LeBron James.

“Heard they finally scraped Nate Robinson’s carcass off the Staples Center floor. I’d make LeBron James eat the canvas in half the amount of time. Everyone knows current NBA players are the softest and most privileged athletes on the planet.”

Heard they finally scraped @nate_robinson’s carcass off the @staplescenter floor. I’d make @kingjames eat the canvas in half the amount of time. Everyone knows current @NBA players are the softest and most privileged athletes on the planet. #TysonJones #Facts

YouTube celebrity Jake Paul knocked out Nate Robinson as part of the Tyson vs. Jones undercard. Robinson is a former NBA player whose highlights include winning the NBA Slam Dunk Contest three times.

Paul knocked him down several times in the bout, finishing the fight with a punch that sent Robinson crashing face first into the canvas in the second round.

Having seen what Paul did to Robinson incited Covington to take his latest shot at James. The NBA great is a four-time champion (most recently with the L.A. Lakers in 2020), a four-time NBA finals MVP, and a four-time NBA league MVP.

Covington took aim at James and other NBA players in September after several of them spoke up and sat out in a protest again racial injustice and police brutality. Recently campaigning for Trump in the 2020 U.S. Presidential Election, Covington has also been an outspoken opponent of the Black Lives Matter movement. 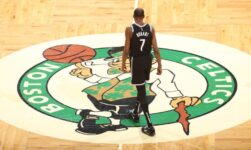 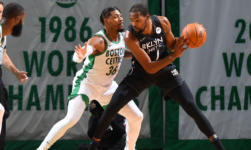 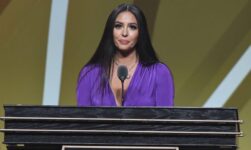