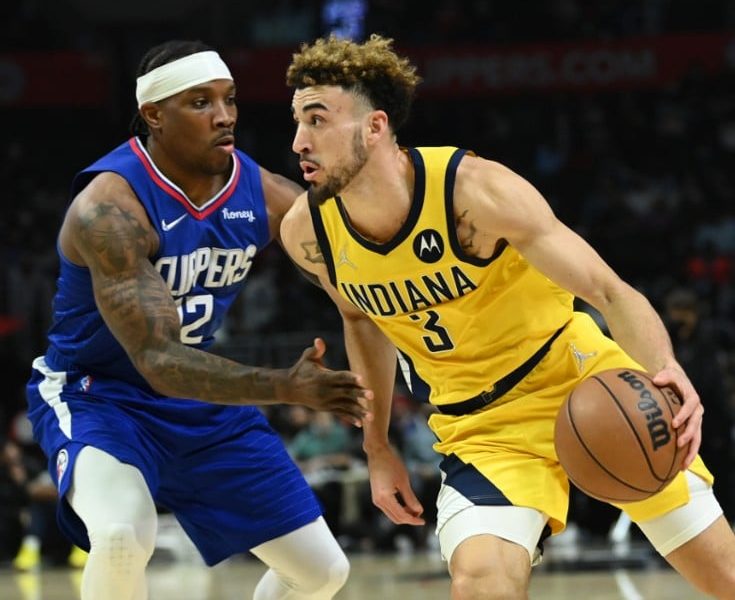 In tonight’s interconference contest, the Los Angeles Clippers (26-26, 26-26 ATS) are aiming to defeat the Indiana Pacers (18-33, 25-24-2 ATS); NBA picks are posted here. Will the Pacers beat the Clippers for the first time since Feb. 7, 2019? Along with the starting lineups, our top NBA picks and betting trends are available below.

All Clippers vs Pacers betting odds can be found at BetOnline

Additionally, in the Clippers’ 115-90 road win over the Hornets on Sunday, Reggie Jackson and Brandon Boston Jr. each scored 19 points. Luke Kennard added one more double-double to his career total, too, amassing 14 points, 10 rebounds and 4.0 assists in 27 minutes played. Los Angeles has won five of its previous 10 games. After winning their 11th contest on the road this season, the team is now 11-14 away, 15-12 at home, and 14-11 ATS on the road.

As for the Pacers, on Saturday, in their 132-105 road loss versus the Mavericks, Duane Washington Jr. led his team in scoring. He accumulated 22 points in 25 minutes spent on the court. Center Domantas Sabonis ended his performance with another double-double, finishing with 21 points, 15 rebounds and 8.0 assists in 29 minutes played. Indiana has won only three of its last 10 contests. Now, the team is 12-13 at home, 6-20 away and 13-11-1 ATS at home.

According to ESPN’s Basketball Power Index, the Clippers have a 52.6% chance of winning.

Pertaining to other head-to-head rematches, in the past five meetings, the Clippers are a perfect 5-0 against the Pacers. On Jan. 17, 2021, the first meeting during this regular season, Los Angeles won 139-133 at Staples Center. So, the Pacers have not defeated them since Feb. 7, 2019, when they won 116-92 at Gainbridge Fieldhouse.

On another subject, after the Mavs defeated the Pacers on Saturday, head coach Rick Carlisle was filled with emotions. During the post-game press conference, he told reporters, “It’s hard to reconcile the whole thing in one moment like that, but it was very nice.” Coach Carlisle will always be welcomed at American Airlines Center. The Mavs won their first championship under his leadership back in 2011.

“It’s hard to reconcile the whole thing in one moment like that, but it was very nice.”

On Rick Carlisle’s memorable return to Dallas, where he won a championship and created lifelong friendships with many:https://t.co/J31kBfMoEr

And, the Clippers still have two notable stars listed out indefinitely: Paul George and Kawhi Leonard. Some gamblers are not anticipating the Pacers to beat the Clippers anytime soon, though. In other words, if you’re feeling lucky, stick with the Pacers. However, all things considered, think about picking the Clippers to win again, they will cover the spread and the total will go over 221. If you have never placed a bet, read our handicap betting guide. Other NBA Picks are on the main page.