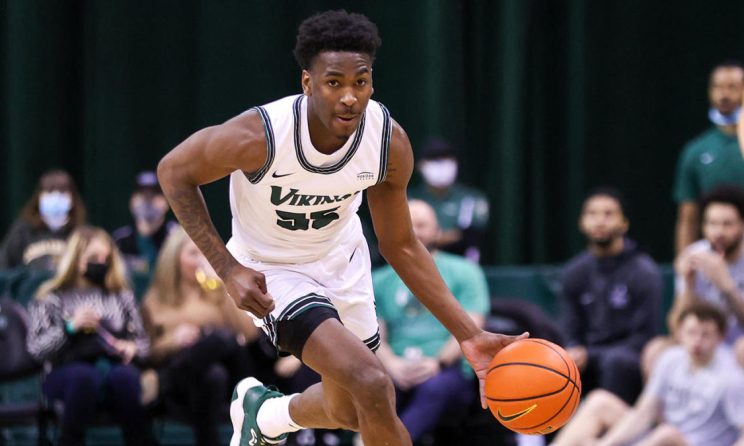 The Wisconsin-Milwaukee Panthers try to topple Cleveland State, the first place team in the Horizon League, on Friday night at 8 p.m. ET. The Vikings have won six of the last seven meetings between the two programs, including their last matchup on Feb. 7, a 84-71 trouncing at home. The Panthers have snapped a six-game losing skid by taking wins in each of their last two games, and Cleveland State is coming off of a triple-overtime loss at Purdue-Fort Wayne on Feb. 14.

The SportsLine Projection Model simulates every Division I college basketball game 10,000 times. Over the past five-plus years, the proprietary computer model has generated an impressive profit of almost $2,000 for $100 players on its top-rated college basketball picks against the spread. Anyone who has followed it has seen huge returns.

What you need to know about Wisconsin-Milwaukee

Wisconsin-Milwaukee was able to grind out a win over the Green Bay Phoenix on Sunday, 54-44. The Panthers shot just 34 percent from the field, but that was enough after they held Green Bay to making just 26 percent of their attempts. Sophomore guard Donovan Newby was the top producer on offense for Milwaukee, and scored a season-high 17 points off the bench. The only starter to reach double-figures in the game was DeAndre Gholston, who finished with 12 points.

Milwaukee head coach Pat Baldwin scored big when he signed five-star prospect Patrick Baldwin Jr. ahead of this season, and the freshman has been the team’s second-leading scorer. However, he has missed the team’s last two games and is questionable to play on Friday. Another familiar name, junior forward Vin Baker Jr., is also questionable with a toe injury and hasn’t played since Jan. 29 against Youngstown State.

What you need to know about Cleveland State

Milwaukee is hoping to catch Cleveland State in an emotional letdown spot after the Vikings came up short against Purdue-Fort Wayne after three extra periods of play. The Mastodons won 102-98, and Cleveland State deployed 12 players throughout the game — seven of which made it into double-digit point totals. Three players led the Vikings with 14 points apiece: Tre Gomillion, Torrey Patton, and Broc Finstuen.

Wisconsin-Milwaukee averages the seventh fewest takeaways in college basketball, with just 10.2 per game. Conversely, Cleveland State ranks 28th in college basketball when it comes to forcing turnovers, with 15.8 on average. Senior guard D’Moi Hodge leads the team in steals, with 2.3 per game, and he also leads the Vikings on offense, with 16.3 points per contest.

How to make Wisconsin-Milwaukee vs. Cleveland State picks

The model has simulated Wisconsin-Milwaukee vs. Cleveland State 10,000 times and the results are in. We can tell you that the model is leaning over, and it’s also generated a point-spread pick that is hitting in almost 60 percent of simulations. You can only see the pick at SportsLine.