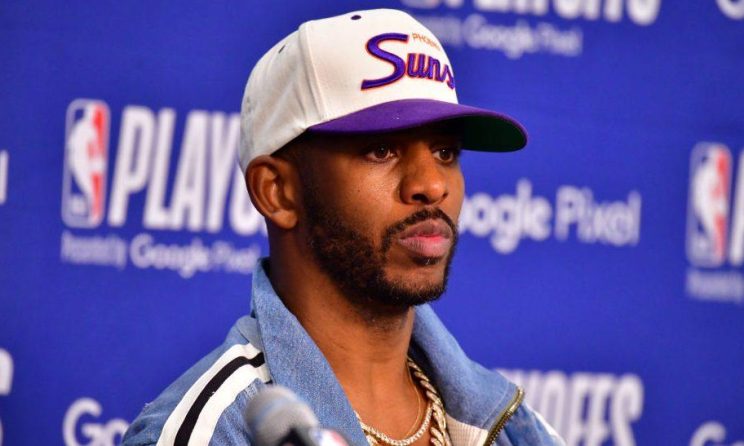 When Joel Embiid was talking about a lack of decorum by fans — and players getting fined for talking back to them — this is what he meant.

A Maverick fan or fans harassed and pushed Chris Paul‘s family during Game 4 in Dallas on Sunday.

Not long after CP3 fouled out of the game, he was seen talking to security and being furious with something going on behind him, where his family was sitting. He appears to be talking about a fan laying hands on his family.

The Mavericks released this statement:

“The Dallas Mavericks are aware of an incident between a fan and the family of Chris Paul. It was unacceptable behavior and will not be tolerated. The Mavericks, along with American Airlines Center, swiftly removed the fan from today’s game.”

Removed from this game is not enough — go after a player’s family and you should be banned from the arena. That unquestionably crosses a line.

Some players have complained for years about a lack of civility by a segment of fans — such as the incident between Russell Westbrook and a fan in Utah — but that has been on the rise since the end of the pandemic and the return of people to public spaces. It’s an issue the league and arenas are going to have to address, even though there are no easy answers.

Here’s more on the Suns