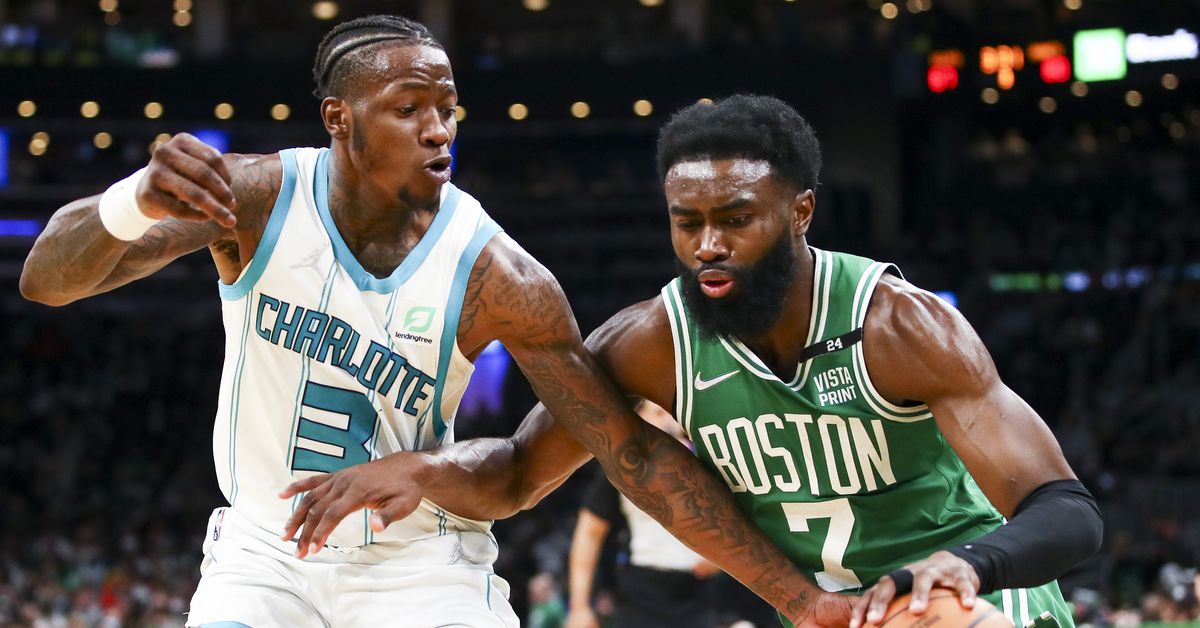 The Hornets are in 7th place in the East. They had won 2 games in a row before they lost to the Clippers at home on Sunday. They are 14-15 on the road, but have already won once in Boston this season already. They are 6-4 in their last 10 games and they are 18-12 against other Eastern Conference teams. They are 1 game ahead of 8th place Toronto and 1.5 games ahead of Boston.

The Hornets are coming off of 2 games at home against the Lakers and Clippers in which they went 1-1. They are on the road for just one game against the Celtics and then will return to Charlotte for a 4 game home stand beginning with on Friday against Cleveland. The Celtics are playing in their second straight home game and will start a 3 game road trip on Friday that will take them to Detroit, Orlando and Brooklyn.

The Celtics have Bol Bol rehabbing from foot surgery and PJ Dozier rehabbing from a torn ACL listed as out. Robert Williams is probable with a sore toe and Dennis Schroder is questionable with Achilles tendinopathy. Both are a game time decision. For the Hornets, Gordon Hayward is out due to health and safety protocols. Jalen McDaniels has missed the last 5 games with an ankle sprain and is also out for this game. Kelly Oubre, Jr. missed 2 games with an ankle sprain but was able to practice on Monday and Tuesday and is listed as probable for this game.

Marcus Smart vs LaMelo Ball
Ball has been playing very well for the Hornets and has them playing with the 2nd best pace in the league. He is averaging 19.5 points, 7.2 rebounds, 7.7 assists and 1.5 steals per game. He is shooting 42.3% from the field and 35.5% from beyond the arc. In the Hornets’ win over the Celtics in January he finished with a triple double of 15 points, 10 rebounds and 10 assists. The Celtics need Marcus Smart to continue to push the pace and to run the offense like he has since returning from health and safety protocols.

Al Horford vs Miles Bridges
Bridges is leading the Hornets in scoring with 20.2 points, 7.3 rebounds, and 3.5 assists per game. He is shooting 48.8% from the field and 31.8% from beyond the arc. In the win over the Celtics in January, he finished with 22 points, 7 rebounds, and 2 assists. While other players on the team are flashier, Bridges quietly has big games consistently.

Honorable Mention
Jaylen Brown vs Terry Rozier
Rozier is averaging 18.2 points, 4.1 rebounds, 4.0 assists and 1.2 steals per game. He is shooting 43.1% from the field and 37.3% from beyond the arc. He torched the Celtics in January with 28 points, 4 rebounds and 10 assists. It’s safe to say that he wants to show the Celtics that they made the wrong choice to let him go and bring in Kemba Walker. Jaylen is coming off a very good game against the Heat and the Celtics will need him to come up big on both ends of the court in this one as well.

Stay Focused – The Celtics must stay focused on playing the right way. They have to take care of the ball because the Hornets are 3rd in the league with 19.0 points off of turnovers per game. The Celtics tend to lose focus and turn the ball over in bunches. They have to focus on making crisp passes and on careful ball handling and not turn the ball over. They also have to focus on taking good shots and making them. The Celtics shot just 66% from the line against the Heat and missing free throws can be the result of a lack of focus. The Celtics have to come into the game focused and keep that focus throughout the game.

Be Aggressive – At times this season, the Celtics have allowed opponents to out-work them. At one time, the Celtics were able to win games by playing harder than their opponents regardless of the talent on their team. The Celtics must be more aggressive on the boards, on defense, on going for loose balls and they have to be aggressive in going to the basket. The Hornets out worked them in the Celtics January loss and they can’t allow the Hornets to outwork them in this game.

X-Factors
Home Game – The Celtics are playing in their second straight home game while the Hornets are playing in a road game in between 2 home games and another stretch of 4 home games. The Celtics should get a boost from the home crowd and from being in the friendly confines of the TD Garden. The Hornets are 14-15 on the road and have to deal with all the distractions that come with travel and playing on the road. The Celtics need to protect home court.

Motivation – Both teams should be motivated to play hard and to win this game because of the importance of the seeding implications. With just 1.5 games separating these two teams, a win by the Celtics will move them to just half a game behind 7th place whereas a loss would move them 2.5 games out of 7th place. The Hornets have that same motivation to maintain their lead in the standings, but they also have the motivation to win one for Rozier and Hayward against their former team.

Officiating – Officiating is always an x-factor. Sometimes you don’t even notice the refs but other times, they very clearly make their presence known. Every crew calls the game differently and players never know what to expect. Sometimes they call it tight with a foul for every little bit of contact. Sometimes they let the teams play and allow them to be physical. Players need to adjust to how the game is being called and not allow the officiating to take their focus off of playing their game. And they definitely don’t need to complain after every call.