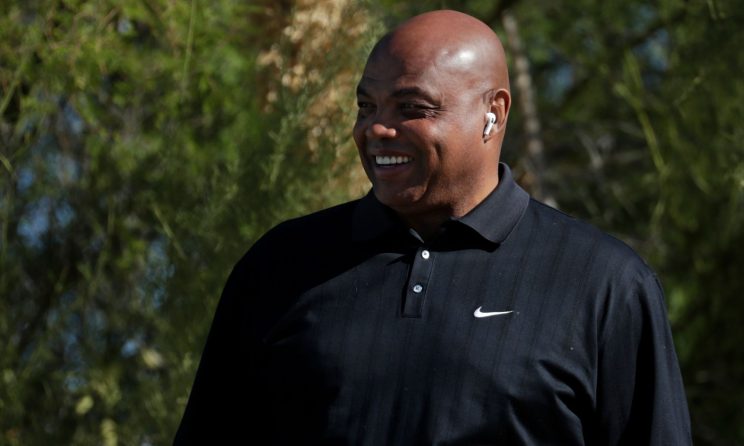 Phoenix Suns legend Charles Barkley is a golf champion. Barkley and Phil Mickelson were victorious over Stephen Curry and Peyton Manning during The Match on Friday.

While Mickelson deserves plenty of credit for that, Barkley had some extra motivation to hit the ball far. In order to propel his teammate to new heights, Mickelson gifted Barkley with a set of golf balls featuring Shaquille O’Neal’s face on them.

Mickelson timed his gift well, handing Barkley the balls while the “Inside the NBA” crew showed up on the broadcast.

Barkley didn’t miss a beat upon receiving the gift. He turned to the camera and immediately said, “This is the ugliest ball in the world right here.” Shaq and the rest of the “Inside the NBA” crew couldn’t help but laugh.

The rest of the interview was peak “Inside the NBA.” The crew mostly roasted Barkley, but there were some genuinely insightful moments in the conversation. The crew remained quiet while Mickelson explained how he wanted Barkley to hit a shot on the green. O’Neal, however, couldn’t help from cracking a joke. Despite all that ribbing, Barkley’s next shot was pretty good. He came up just short of sinking the putt.

Charles Barkley and Shaquille O’Neal have a friendly rivalry

Barkley and O’Neal are often at the center of the best “Inside the NBA” highlights. The two have a friendly on-air rivalry, and are constantly trading barbs. O’Neal often knocks Barkley for never winning an NBA championship. Barkley often insults O’Neal’s intelligence.

While the two have engaged in some heated moments, cooler heads have always prevailed on the air. It’s made for entertaining television.

The public hasn’t experienced many of those moments lately. “Inside the NBA” has been off the air for a few weeks during the NBA offseason. Viewers won’t miss out on their banter much longer, though. The 2020-21 NBA preseason begins Dec. 11, which means “Inside the NBA” will be back on the air sooner than you think.