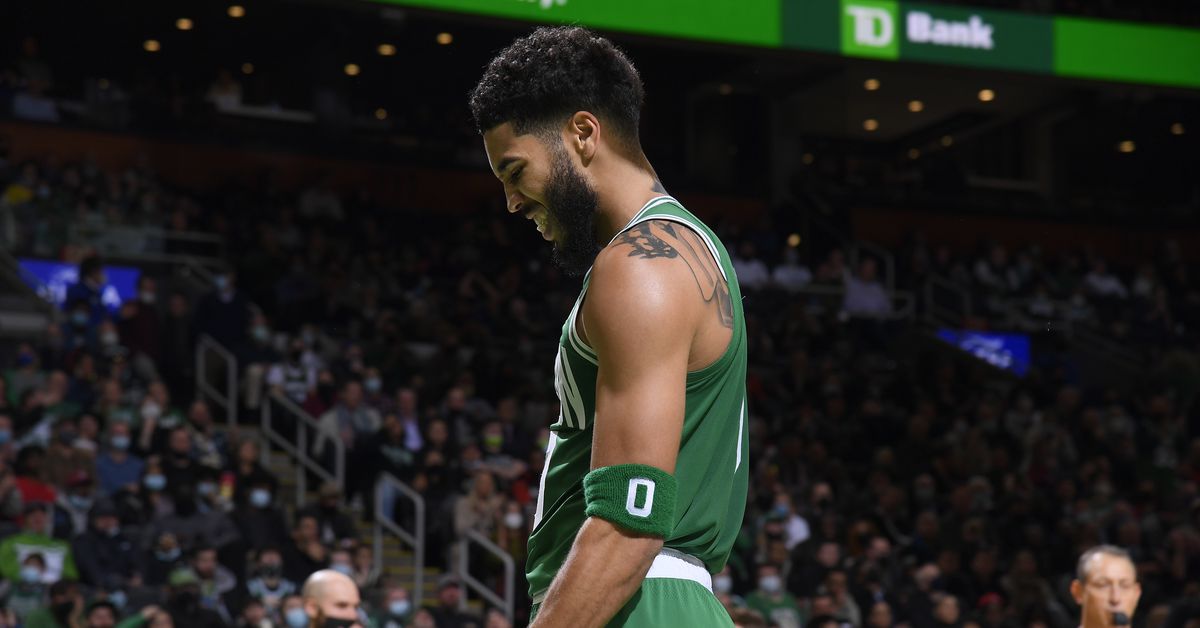 Let me offer you a peek behind the CelticsBlog curtain. At 7:24 p.m. ET, moments before the Boston Celtics tipped off tonight’s tilt against the Milwaukee Bucks, Keith Smith sent the following message in our staff Slack chat: “I have nothing to back this, nor should I feel this way, but I feel like the Celtics are getting a win tonight.”

In other news, both Smith and Clark will be putting forth such predictions before every game from here on out. This has yet to be officially legislated, but it will be addressed in future Slack conversations. It seemed to work tonight; who’s to say it can’t moving forward?

The Celtics snapped their three-game losing streak tonight to the tune of a 117-103 win over the defending champion Milwaukee Bucks, and did so by playing some of their most consistent basketball of the season. Leaving an incredibly disappointing 1-4 road trip behind them, one that included a 111-90 walloping at the hands of the defending Western Conference champion Phoenix Suns, the Celtics were able to keep the Bucks’s big three of Giannis Antetokounmpo, Khris Middleton, and Jrue Holiday in check on their way to a big victory; the Milwaukee trio combined for just 44 points as the Celtics found a way to outwork the champs and snap what matched their longest skid of the season.

Jaylen Brown returned for the Celtics after missing the last five games with a hamstring injury, and when you miss five games, you want to return with a vengeance. How about having the first play of your first game back be drawn up for you? That’s what happened for Brown to start the game; Marcus Smart found him in the corner for a clean triple, the perfect way for Brown to return and for the Celtics to open a crucial game. But after draining that three, Boston went relatively cold from deep, finishing the first quarter three-of-11 from beyond the arc. Overall, the Celtics shot 39 percent from the field in the opening period, while the Bucks made six of their 14 threes and shot 57 percent.

Even more worrisome was an early injury scare for Brown, who bumped knees with Bobby Portis five minutes into his return and limped through the pain for a moment before exiting the game. Needless to say, for Brown to be favoring his knee on top of his recent hamstring injury was a less than ideal sight, but he’d return shortly after his exit and, before halftime, noted that he’d be fine, and hoped for no more setbacks over the rest of the game.

Additionally, the visitors took advantage of the time their reserves spent on the floor, their bench players outscoring the Celtics 15-4 in the first. Their balanced scoring persisted throughout the first half, but the C’s were no slouch in that department. They may not have scored at a similar clip, but reserves like Romeo Langford and Grant Williams played pivotal roles in the effort to stay close.

At the half, regardless of Milwaukee’s early inability to miss a shot, the Celtics led 51-50. The Jays, Tatum and Brown, scored 15 and 12 apiece; Smart’s six assists led all players. Pat Connaughton (10) and Jrue Holiday (9) led the way for the Bucks, who entered the game on a two-game winning streak.

In the third, to quote Mike Gorman, the Celtics “came alive,” outscoring Milwaukee 34-24, and in the fourth, that liveliness persisted, as they continued to build their lead and push the Bucks further from contention. Thanks in large part to Tatum, who scored 27 of his season-high 42 points in the second half, Boston forced the Bucks to play from behind for much of the final two quarters. On top of a brilliant scoring performance, Tatum was efficient; he shot 16-of-25 (64 percent) from the field, and 7 of 13 (53.8 percent) from three.

Though Antetokounmpo and Holiday kept pace, doing their best to keep Milwaukee in the game as the Celtics’ efficient play pushed them further out of it, they’d struggle to find the necessary rhythm that portends a victory. It didn’t help that Middleton exited the game in the third quarter with a hyperextended knee, leaving the Bucks without a vital offensive contributor exactly when one was a necessity. The same could be said of this win. Not only does it snap a streak, but it comes in impressive fashion. Keith Smith knew such a huge win was coming. We should’ve known.

For more postgame coverage of tonight’s win over the Bucks, tune into the Garden Report Postgame Show LIVE on CLNS Media right after the final buzzer. Join A. Sherrod Blakely, Bobby Manning, Josue Pavon, Jimmy Toscano and host John Zannis for a full breakdown of the game, as well as a preview of the remainder of this week’s games at home against the Warriors and Knicks.