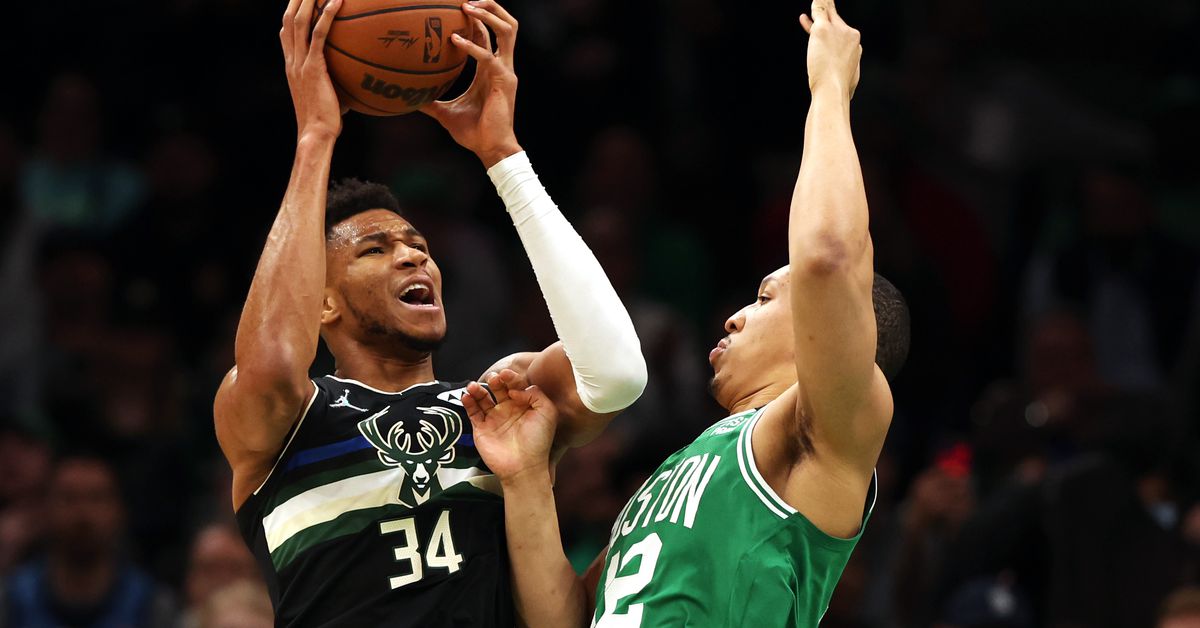 The narrative from Game 1 was still fresh in our minds as the Boston Celtics took to the TD Garden parquet for the second game of the Eastern Conference semi-finals. We all know how the opening contest went. The Celtics placed too much focus on Giannis Antetokounmpo, and then he made them pay by carving the defense open with his passing to the Milwaukee Bucks’ plethora of outside shooters.

Playoff basketball is all about adjustments, with both coaches entering into a chess battle to give their team the edge on a game-by-game basis. In the first meeting between these two rosters, we learned that Al Horford and Grant Williams are both capable of limiting Giannis in the half-court, as both of Boston’s defensive bigs were able to absorb his contract without losing defensive position.

So, as Game 2 got underway, the Celtics ensured they didn’t get dragged into unnecessary double teams and stayed home on Milwaukee’s shooters, trusting that Horford and/or Williams could alone build a wall against Antetokounmpo. The results spoke for themselves, as the Celtics jumped out to a big lead, and Giannis couldn’t buy a bucket anywhere on the floor.

“I view it as guarding him on an island where it’s just you and him. You have to do your job. For us, that’s how we viewed it for this game to see how it would go. He tried being a lot more aggressive in the second half, getting downhill and creating for himself, but it’s just one of those things that you have to hunker down and trust in the work you’ve done, and do your best to contain one of the best players in the world,” Grant Williams said after holding Giannis to 4-of-10 shooting in their man-to-man matchups.

The most important byproduct of how the Celtics guarded Giannis was that the Bucks shooters were quickly starved of service, and considering that the team is built around their superstar’s ability to draw defenders and kick the rock out for open threes, Milwaukee found themselves in deep waters.

The above possession is indicative of how the Bucks usually generate their perimeter offense. Either Giannis is driving the lane and drawing defenders to him, or he’s in the post waiting for a double-team to appear like wild Pokemon. Without the defense overreacting, Milwaukee’s shooters are consigned to the role of spectator, which ensures they’re kept out of rhythm.

When watching the clip through, you can see how disciplined the Celtics’ defense is and how quickly they challenge the shot once the ball hits a shooter’s hands. By limiting open looks and staying connected to the perimeter, Boston was also able to deter outside shot attempts as a whole, holding Milwaukee to their lowest three-point volume of the season with just 18 threes taken.

“We’ll have to look at the film, but I think staying connected to our shooters and Giannis and Drew playing some one-on-one. They played well defensively. Credit to them, they were good tonight,” Mike Budenholzer said following his team’s limited success from three. “Give their defenders credit. The guys on (Giannis), they’re good, good defenders.”

With the Celtics limiting Milwaukee’s shot creation from drives and post-ups, Budenholzer had to get creative in trying to find ways to force the Celtics defense into overreacting, and as you can see in the below clip, he began to place Giannis as the screener in pick-and-roll situations.

The thought process here was likely to force the Celtics into an unfavorable switch or to get the defense in rotation as the ball found Giannis on the short roll. Sure, this adjustment may have been a data collection point for Budenholzer ahead of Game 3, but it was interesting to see how the Celtics remained true to their defensive principles to ensure perimeter opportunities didn’t begin to manifest themselves.

When guarding the short roll, a defense typically has two or three options.

The issue with option #1 is that as a rim protector heads towards the nail, the weak-side low man becomes engaged as a helper and has to sag off his man slightly to fulfill his role. That simple little alteration is sometimes all that’s needed to get the rock moving, defense rotating, and shooters open.

Instead, the Celtics showed a willingness to give up the mid-range jumper should their switching scheme break down, which in turn, continued to deny Milwaukee any opportunity to create open looks for their shooters.

“It did not change much. Same activity, same physicality, same individual pride. It doesn’t really change much. I’ve seen it pretty much my whole career. But the only thing (it changes) is it’s tougher to find your teammates because the pass is going to be late,” Giannis told the media when asked about how Boston forcing one-on-one matchups limited Milwaukee’s offensive gameplan.

Of course, Giannis isn’t the only initiator for the Bucks’ offense. Jrue Holiday is also a high-level playmaker and can create opportunities for both himself and others when given the opportunity to penetrate. But, with the Celtics sticking so close to shooters, there were limited passing lanes for Holiday to explore and even less of a defensive collapse.

However, the downside of remaining tight on shooters or staying home on Giannis is that driving lanes begin to open up on the wings, allowing for some additional rim pressure as the defense closes out to deter any perimeter shooting opportunity. We saw some examples of the Bucks taking advantage of Boston’s tight man-to-man coverage in the fourth quarter. Pat Connaughton was a particular beneficiary, especially following a simple pick-and-roll.

Throughout this play, Grant Williams is operating as the drop defender, with his sole task being to guard the rim. However, watch what happens when Giannis cuts towards the rim. Williams essentially gives up an open layup in order to box out the Bucks superstar because the game plan was to stick on Giannis – especially if he gets into the paint or around the low block.

This time, we can see another example with a similar outcome from a baseline-out-of-bounds (B.L.O.B) play.

Again, Williams’s remit is to stay focused on Giannis, ensuring that the passing lanes are closed and offering resistance should he look to crash the boards. As Connaughton finds a pocket of space when curling off the split, Williams takes a step closer to Giannis, which helps the Bucks wing create enough of an angle to finish the play around the rim.

Nothing is perfect, and the Celtics will need to decide if they’re willing to live with these types of possessions if it means limiting the threat from the perimeter and from their opponent’s star player half-court scenarios. However, every playoff game is an exercise in data collection. We can rest assured that Budenholzer looks to test this crack in Boston’s coverage early and often in Game 3, to see how far he can push it and how beneficial it is for his team. You can also bet that Udoka is already thinking of a counter, too.

Overall, Udoka sent his team out there to remove any potential easy buckets, especially from deep, and in doing so, forced the Bucks into a sink-or-swim scenario, which they unwittingly entered without lifejackets. Now, Boston will need to be ready for any adjustments Milwaukee makes Saturday. But if the Celtics continue to play this brand of defense with a similar level of intensity, it’s hard to envision what adjustments can be made that will swing the advantage back in Milwaukee’s favor.