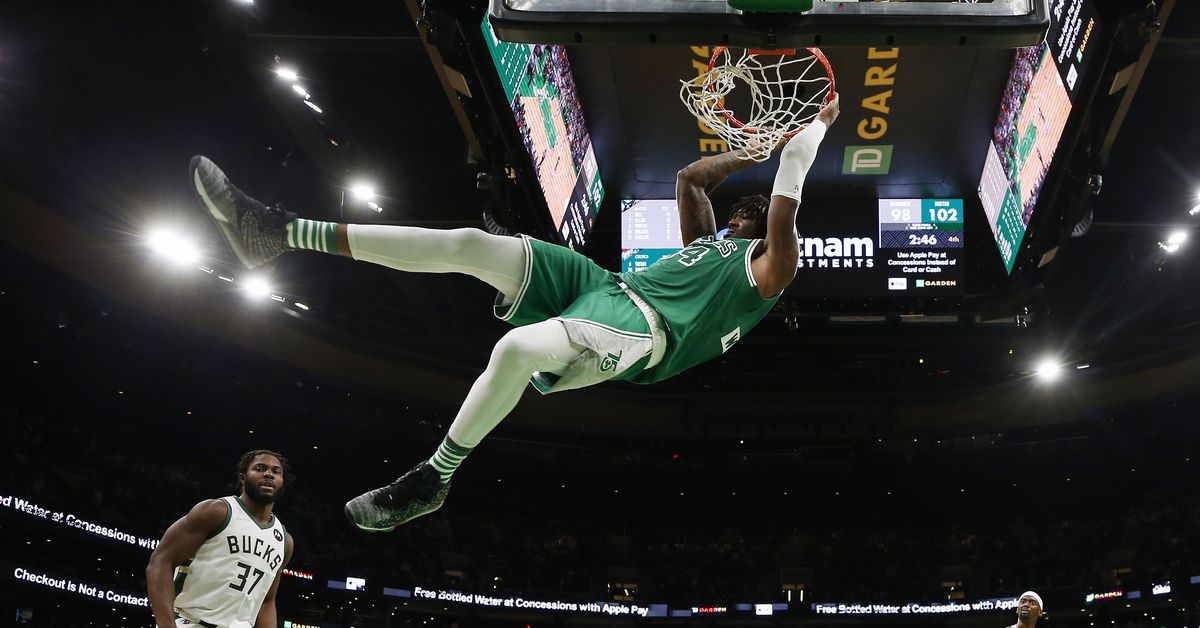 In a sentence that has rarely been uttered over the last five years, the Boston Celtics could be at full health in the regular season ahead of tomorrow night’s matchup against the Philadelphia 76ers.

Coach Udoka is optimistic that we could have our full roster healthy for tomorrow’s game against Philly.

A number of maladies have plagued the Celtics this season, including COVID-19, non-COVID-19 illnesses, hamstring strains, gastrointestinal issues, ankle sprains, sharp knee pains and more. Robert Williams III has missed the last few games with a non-COVID illness, and he appears poised to return to the lineup, putting the Celtics back at full-health this season.

Dennis Schröder also missed Sunday night’s win over the Toronto Raptors due to an ankle sprain, but that game was treated more as rest for him as opposed to addressing a serious injury.

Full health comes at a great time vs. a fellow Atlantic Division team that has struggled with its own health issues as well as off-court drama this season. Joel Embiid just made his return after a bout with COVID-19 and the reconditioning process, and several other members of the organization have been in and out of the lineup as the franchise has leaned on second-year guard Tyrese Maxey and marksman Seth Curry to backpack the absence in Embiid’s absence. They still have a Ben Simmons-sized hole to fill, but with that team overcoming its own injury report issues, that game will be far from a walk in the park.

Jaylen Brown has been on a minutes restriction, but according to Head Coach Ime Udoka, he’ll be able to take on more of a minutes load this week as he works his way back from his hamstring injury.

The Celtics will take on the Philadelphia 76ers tomorrow night at 7:30 p.m. EST on NBATV.