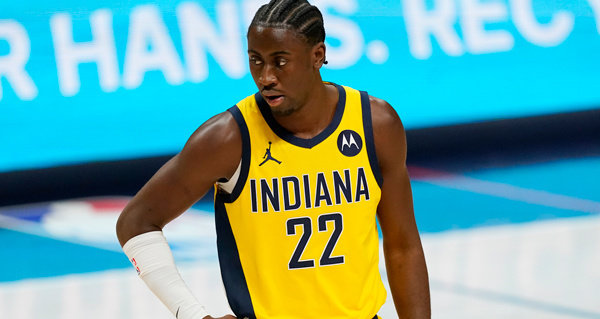 The Cleveland Cavaliers signaled that they are all in for a 2022 playoff push in a trade, while the Indiana Pacers may have the stage set for a rebuild.

The Cavs now have their replacement for the backcourt production they lost when Rubio and Collin Sexton went down with injuries. Rubio is out for the season, while Sexton is unlikely to return this year. LeVert will be an upgrade for Cleveland’s wing scoring and offense-creation, while opening up the ability for J.B. Bickerstaff to run some smaller lineups, as well.

The Pacers are hitting the reset button on this season and their future. They cleared $18.8 million in salary for LeVert for 2022-23 in this deal, while picking up two picks that will likely fall in the 20-35 range in the 2022 NBA Draft.

Reports are that Indiana will also continue to look at trades for big men Domantas Sabonis and Myles Turner before Thursday’s deadline.