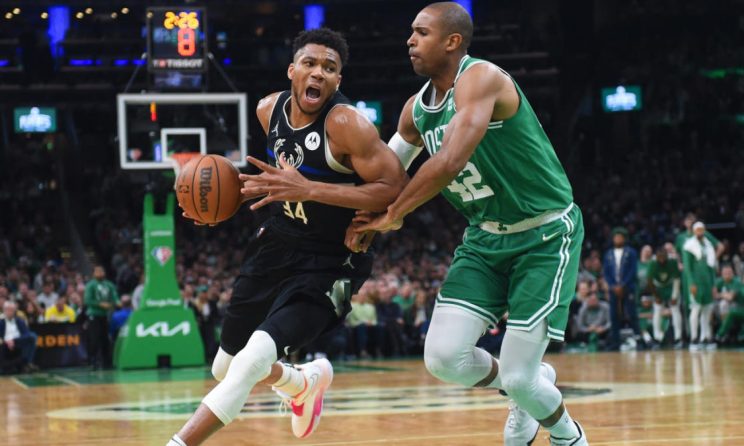 The Boston Celtics and Milwaukee Bucks square off in a pivotal Game 3 matchup on Saturday afternoon. Following a lengthy travel break, the teams take the floor at Fiserv Forum in Milwaukee as the 2022 NBA playoffs roll on. The series is knotted at 1-1, with Milwaukee winning the opener and Boston responding with a Game 2 win. Marcus Smart (thigh) is listed as probable for the Celtics. Khris Middleton (knee) is listed as out for the Bucks, with George Hill (abdominal) listed as probable.

Tipoff is at 3:30 p.m. ET in Milwaukee. Caesars Sportsbook lists Milwaukee as the 1.5-point home favorite, while the over-under, or total number of points Vegas thinks will be scored, is 213 in the latest Bucks vs. Celtics odds. Before making any Celtics vs. Bucks picks, you need to see the NBA predictions and betting advice from SportsLine’s advanced computer simulation model.

The SportsLine Projection Model simulates every NBA game 10,000 times and has returned well over $10,000 in profit for $100 players on its top-rated NBA picks over the past three-plus seasons. The model enters the third full week of the 2022 NBA playoffs on a stunning 86-58 roll on all top-rated NBA picks, returning over $2,100. Anyone following it has seen huge returns.

Now, the model has set its sights on Bucks vs. Celtics, and just locked in its NBA playoff picks and predictions. You can head to SportsLine now to see the model’s picks. Now, here are several NBA odds and betting lines for Celtics vs. Bucks:

Why the Celtics can cover

In the postseason, Boston has been even better, limiting the Bucks specifically to 95.9 points per 100 possessions in the series. The Celtics contest shots at an outstanding level, and Boston is securing nearly 75 percent of available defensive rebounds against Milwaukee. The Celtics also ranked in the top five of the NBA in points allowed in the paint, blocked shots and second-chance points allowed in the regular season. Boston’s offense is also connecting on 37.7 percent of 3-point attempts in the playoffs.

Why the Bucks can cover

Milwaukee has a roster capable of two-way brilliance. On offense, the Bucks ranked in the top five of the NBA in offense this season, averaging 114.3 points per 100 possessions. Milwaukee is prolific from 3-point range, making 36.6 percent of attempts in 2021-22, and the Bucks ranked in the top 10 in 2-point accuracy and free throw creation in the regular season. Everything revolves around Giannis Antetokounmpo, who averaged 29.9 points, 11.6 rebounds and 5.8 assists per game as an MVP finalist, and the Bucks are also tremendous on defense.

How to make Bucks vs. Celtics picks

SportsLine’s model is leaning over on the total, projecting 220 combined points. The model also says one side of the spread hits in well over 50 percent of simulations. You can only see the model’s Celtics vs. Bucks pick at SportsLine.