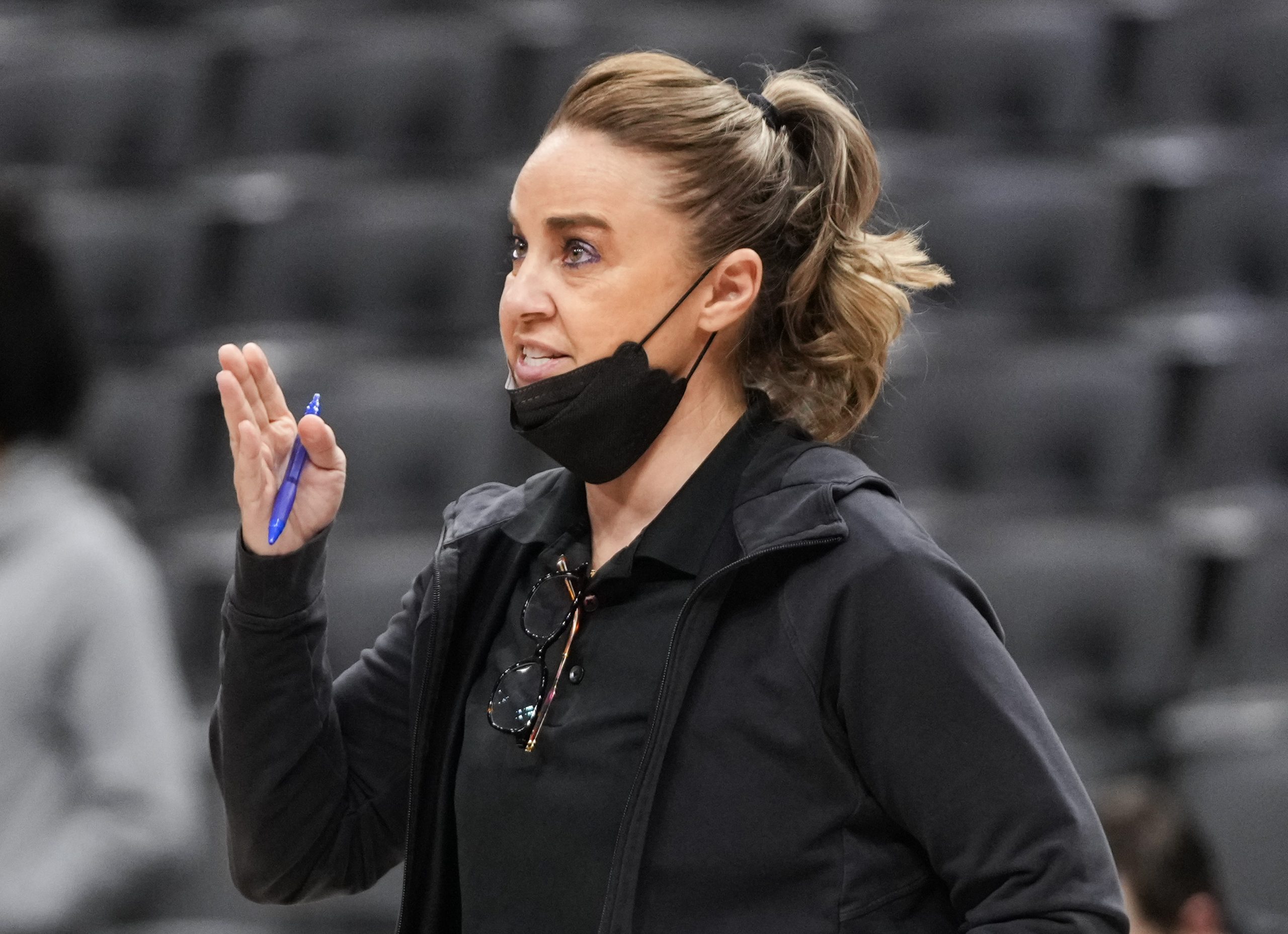 Becky Hammon will be the first head coach in WNBA history to make $1M in annual salary. According to Sam Gordon of the Las Vegas Review-Journal, Las Vegas Aces owner Mark Davis confirmed the news.

“Little girls, guys, anybody can look at her and say, ‘She’s just like me. A small basketball player who’s retired and she got the job, and she’s making a million dollars. I can do that too.’ … That was really important to me to bring in that kind of value,” Davis said Monday.

Hammon has spent the past eight years as an assistant under San Antonio Spurs Coach Gregg Popovich, where she led the Spurs to a Summer League title in 2015. The 44-year-old point guard-turned coach has interviewed for numerous high-profile jobs as a head coach and general manager in the NBA but was never hired. Hammon believes that leading the Aces will be the opportunity she needs to prove she can succeed away from the Spurs.

“I sat in a lot of [NBA] head-coaching interviews. Two things that people always said, ‘You’ve only been in San Antonio, and you’ve never been a head coach,’” Hammon ESPN in early January.

She added: “I feel like I’m ready to have my own team. And this is the organization that made it very, very obvious they wanted me really, really bad. And so it’s always good to be wanted.”

Hammon is taking over for Bill Laimbeer after the former Bad Boy Detroit Piston stepped down as head coach after leading the Aces to a 77-45 regular-season record, three conference finals appearances, and an appearance in the 2020 WNBA Finals where they lost to Seatle Storm.

The leading task for Hammon will be re-signing Liz Cambage and guiding an Aces roster built around 2020 MVP A’ja Wilson. Las Vegas kicks their season off May 6 when they face Phoenix Mercury on the road.