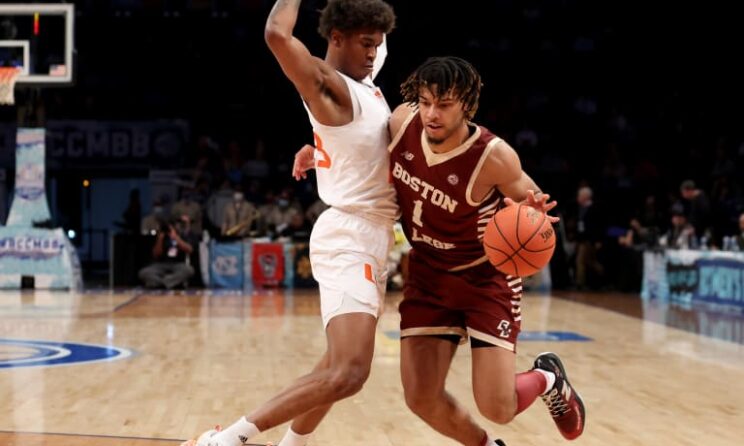 The last few years, early-season tournaments haven’t been kind to Boston College men’s basketball. The Eagles went 1-3 in Bubbleville in 2020-21, playing four games to start the COVID-19-affected season in the Mohegan Sun Arena. BC put up good fights against then-No. 3 Villanova and St. John’s but suffered a blowout loss to Florida. Its lone victory came against Rhode Island.

This past year, URI got the better of BC twice, including in the teams’ Sunshine Slam matchup in Daytona Beach, Florida. BC lost both of its games in the event, falling to Utah, 68-61, to open the tournament.

In 2022-23, the Eagles will head somewhere even more tropical: the US Virgin Islands. As first reported by CBS Sports college basketball insider Jon Rothstein, BC is set to participate in the Paradise Jam, an eight-team, early-season tournament that takes place in late November.

Here’s the field as well as the first four matchups, according to Rothstein (2021-22 KenPom ratings in parentheses).

The tournament might not boost the Eagles’ strength of schedule, however, it does provide them an opportunity to stack non-conference wins against a field that, despite not including brand names, is better than most would assume.

Wyoming is coming off its first NCAA Tournament appearance since 2015 and returns top Mountain West duo Hunter Maldonado and Graham Ike. Drake has achieved mid-major consistency following the hire of Darian DeVries, who has led them to 20-plus wins each of the past four seasons. The Bulldogs could win the Missouri Valley next year. Then there’s Belmont, which has left the Ohio Valley Conference for the MVC, and is bringing back leading scorer Ben Sheppard (16.2 points per game last season). That said, he’s the Bears’ lone returning starter.

And George Mason could even pose a challenge to BC. The Patriots have three of their top-four leading scorers from last year back in the fold, all of whom averaged more than 10 points per game in 2021-22. That group is headlined by senior forward Josh Oduro, last year’s Atlantic 10 scoring champ (17.7 points per game).

So, although the opponent names don’t jump off the page, BC will have some competition at the Paradise Jam.

Plus, the chance to enter ACC play with a bit of confidence.