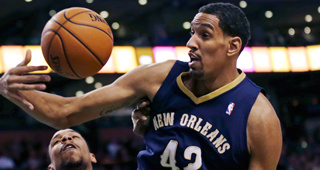 Former NBA player Alexis Ajinca has retired from playing professional basketball. Ajinca last played in the NBA for the New Orleans Pelicans in the 2016-17 season.

Overall, Ajinca played seven season in the NBA. In addition to the Pelicans, he also played for the Charlotte Bobcats, Toronto Raptors and Dallas Mavericks. In 293 NBA appearances, Ajinca averaged 5.3 points, 3.9 rebounds per game.

In addition to the NBA, Ajinca enjoyed a long career his native France. He played for four different clubs in France. Ajinca was also part of the French National Team on both the senior and youth levels.