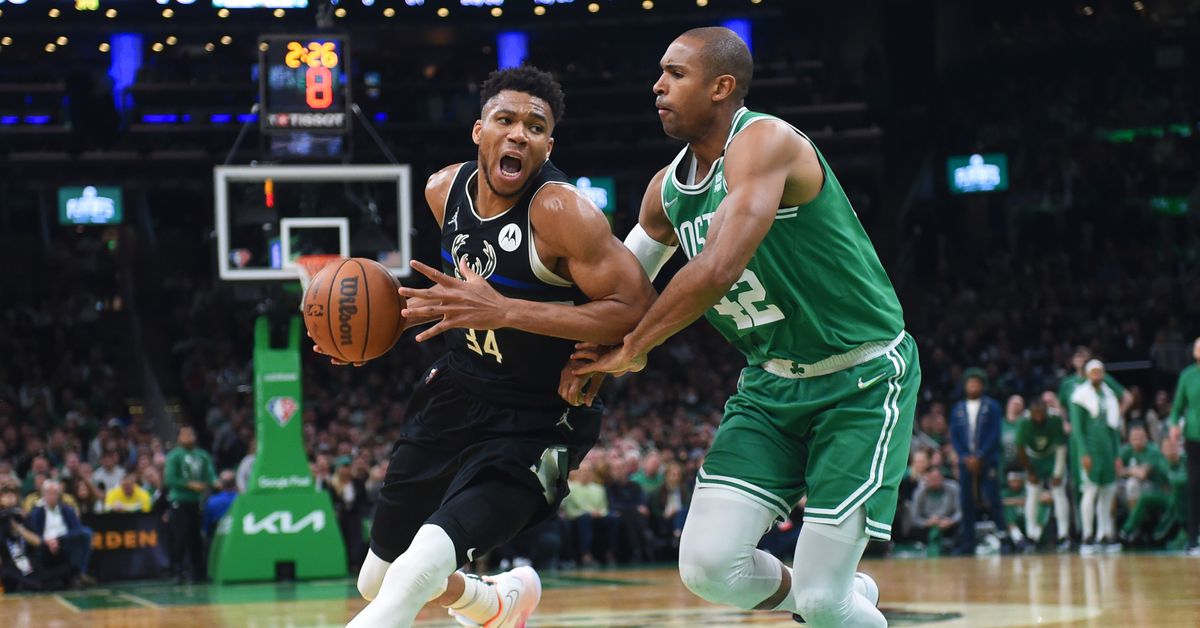 When the Celtics re-acquired Al Horford, the majority believed it was a safe, smart move to bring back a familiar and solid player with playoff experience.

If the 35-year-old Horford could provide a steady lift and consistently productive minutes, the consensus was that his reliability would be enough to make it a worthwhile acquisition.

As it’s turned out, Horford has been nothing short of spectacular and the pickup has been one of the most important for any team in the past year. Horford has shattered expectations, and his presence has been instrumental in the Celtics’ ascension. He’s gotten progressively better over the past few months and is playing some of the best basketball of his career – arguably even better than in his first stint in Boston.

His versatility has been on full display through four games against the Nets and two against the Bucks, including in the Celtics’ 109-86 win in Game 2 on Tuesday. There aren’t many players in the NBA who can stay in front of both Giannis Antetokounmpo and Jrue Holiday, zip the ball to cutters and shooters at the perfect moment, rebound at a high level, and hit contested 3’s.

Horford managed to post a double-double of 12 points and 10 rebounds even as the Celtics put forth a dud in Game 1, and he added 11 points, 11 boards, 4 steals, and 3 assists in 37 minutes in Game 2 to help spearhead a bounce-back effort.

“We were really focused,” Horford said. “We knew the importance of this game.”

His defense was stellar

Check out how he plays Antetokounmpo here. The Celtics over-helped in Game 1, and Antetokounmpo consistently burned them with terrific passes out of the double to wide-open teammates.

In Game 2, Boston chose to trust Horford and Grant Williams and let them match up with Antetokounmpo one-on-one. Horford holds his ground, doesn’t bite on anything and forces him into a contested fadeaway that he’d make probably 35 percent of the time.

Then there’s this one, where he does the right thing by backing off Antetokounmpo and daring him to shoot. When he drives, Horford moves his feet and uses his length to alter the shot. Most people are too slow, too weak or too short; Horford is none of the above.

Typically, when Jrue Holiday sees a big guy on him, he salivates and takes advantage. Horford has shown it’s a matchup he can handle better than most. He sticks his hand in at the exact right moment without fouling to get the steal. His ability to stay with guards is one of his most important assets.

Here, he gets to Bobby Portis just in time and manages to block the shot without fouling. It sounds easy, but it’s not, especially the way they call it nowadays, and Horford times his jump perfectly. This one came at a key point in the game, when the Bucks were making a run, as Horford helped Boston sustain the lead.

He doesn’t force anything on offense

Horford almost always makes the right read. Occasionally he’ll make a rare mistake and clap his hands in frustration, but those claps are surfacing less and less often these days because he’s simply not messing up.

He makes the logical, correct play and never tries to do too much. Here, he waits for the play to develop and finds Jayson Tatum in stride for an easy look to get him going. In Game 1, the Celtics took ill-advised 3’s. In Game 2, shots like this got them going in the first half.

He’s a threat to shoot, capable of finishing in transition, and someone who’s almost always in the right place at the right time.

His usage percentage of 12.0 was the lowest among the starters, yet his player impact estimate of 13.9 was third behind only Jaylen Brown and Tatum. He also led the Celtics with four screen assists, three deflections and 11 contested shots.

Horford is a player with no weaknesses in his game. The Bucks have to exert so much energy trying to stop Tatum and Brown that Horford is often wide open. He’s consistently made Milwaukee pay, and when a defender comes, he makes the extra pass.

He’s someone coach Ime Udoka can totally and unequivocally trust and a veteran the Celtics know will consistently deliver. He’s not their best player, or their heart and soul, but he’s unquestionably their anchor.