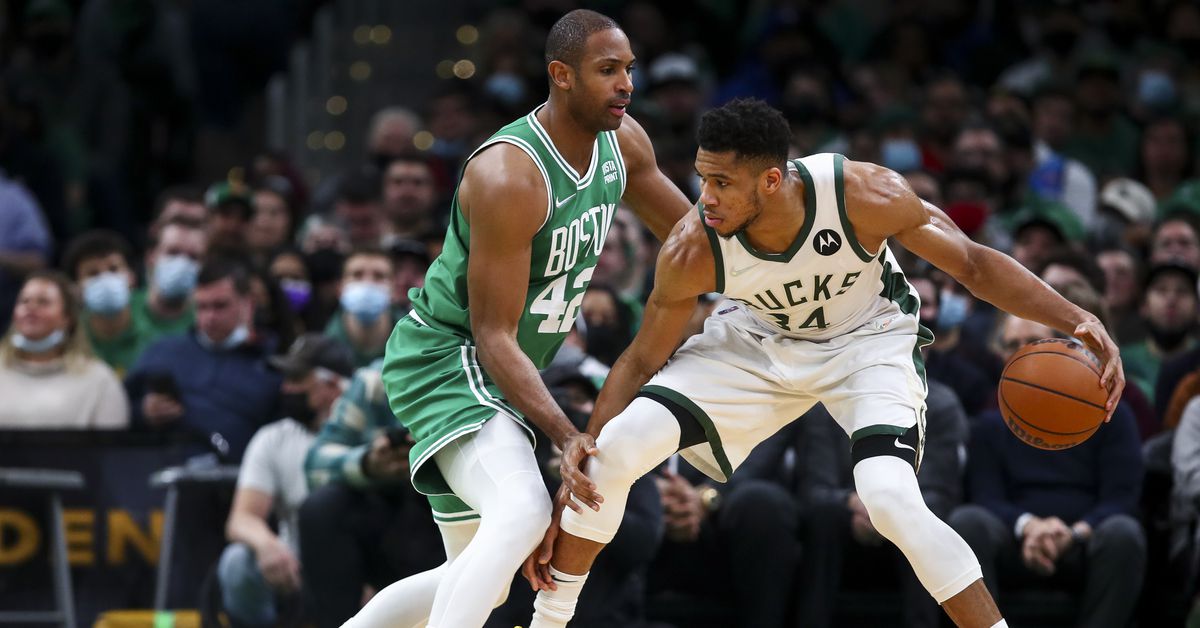 The last time we saw Al Horford vs. Giannis Antetokounmpo, Antetokounmpo was ripping the hearts out of a demoralized Celtics team in the 2019 Eastern Conference semis. While many of Boston’s issues were internal and self-inflicted, it didn’t help that Antetokounmpo averaged a dominating 28.4 points, 11 rebounds, 5.2 assists, 1.4 steals, and 1.6 blocks en route to a 4-1 series win.

Fast forward three seasons. Al Horford left Boston, spent two lost seasons in Philadelphia and Oklahoma City, and now is back in Celtics green. Antetokounmpo is a world champ and Finals MVP. It’s too early to prognosticate whether or not a 35-year-old will get another chance to go head-to-head against one of the league’s best players in the postseason, but for one night, we got a glimpse of what that matchup might look like.

On Monday night, Antetokounmpo had a decent night (20 points, 7-for-14 from the field, 3 assists with 4 turnovers). The Celtics didn’t exactly stop him, but if you can contain him to those pedestrian numbers, you have a chance to beat the Bucks. And while it was a group effort, Horford deserves a lion’s share of the credit.

“He’s a guy we’re confident can guard him. He’s decent 1-on-1; transition is another thing, that’s really team defense when he’s coming downhill with a head of steam. When Al’s on him versus other guys in the post, we’ll live with a lot of those shots,” head coach Ime Udoka said after his team limited Antetokounmpo to just 7 points at halftime.

Horford’s defense isn’t spectacular, but it’s solid and fundamentally sound. He’s got the size to body Antetokounmpo and his feet are still quick enough to stay in front of him. Giannis got to the rim a few times, but half of his shots were either just below the break or above the free throw line and like Udoka said, those are field goal attempts that most teams would consider good defensive outcomes.

According to NBA Advanced Stats Player Tracking, Antetokounmpo shot 4-of-7 against Horford with two assists and a turnover. But again, that’s a notch in the win column for Udoka, Horford, and the Celtics. After the Bucks relinquished a 12-point first half lead, they expected a push from the two-time MVP and were ready.

“We saw some frustration there. We knew he was going to come out aggressive. We did in the second half. He started putting his head down more, but great overall job there,” Udoka said. “He just had 40 the other night, triple doubles and all that. To hold him to 20 on 14 shots, great job by our guys, whole group.”

It’s just one game, but another in Horford’s revelatory return of a regular season so far. He’s consistently been one of Boston’s best players and when it’s mattered most in big matchups, he’s delivered.