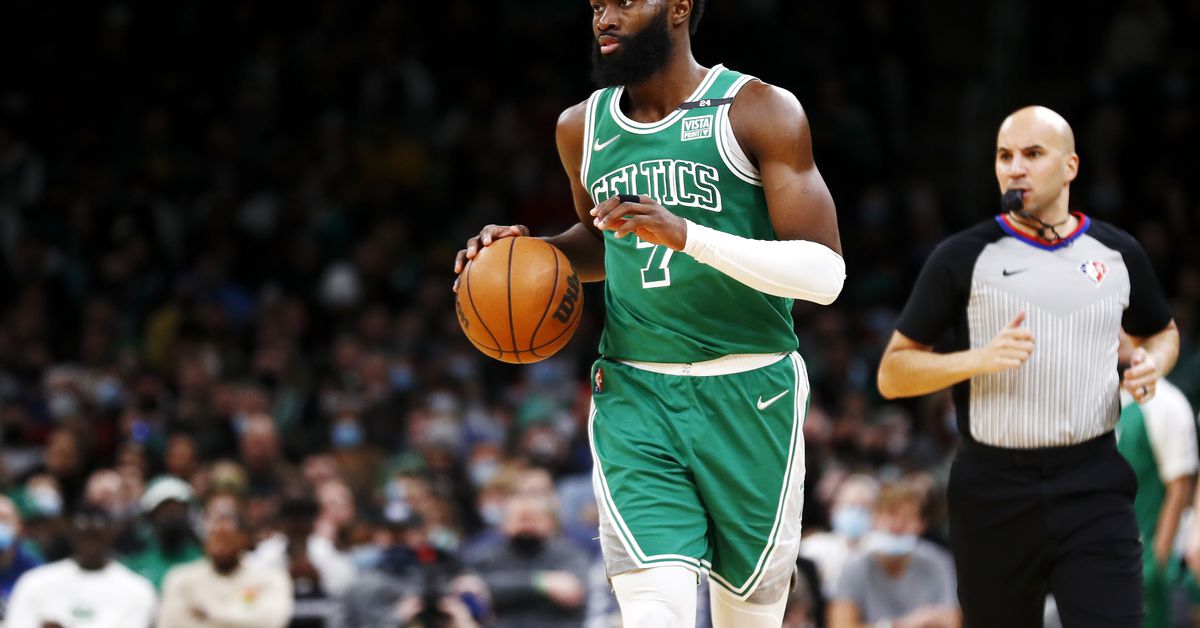 The tweet sent Celtics Twitter in a frenzy, with theories forming left and right. Was a trade about to come in? Was Brown going to leave? What was going on? Well, it seems as though that was simply Brown’s way of saying that the C’s are locked in.

Boston went out and pummeled the Miami Heat on Monday night, 122-92. Miami may be the number one seed in the Eastern Conference, but the C’s made quick work of them nonetheless.

After the game, Brown received nothing but praise from his teammates. Marcus Smart talked about his ability to read the game.

Brown put up a game-high 29 points against the Heat to go along with four rebounds, two assists, and two steals. He shot 11-of-19 from the field and 3-of-9 from three-point range.

Throughout his five-and-a-half years in the NBA, Brown has constantly improved each aspect of his game. Smart also touched on this, talking about how far he’s come during his time in the league.

“He’s come a long way. Obviously, he still has some ways to go, but he’s come a long way from that guy that just looks like he’s running out there with his head cut off. To reading the game, calling out the game the right way. And that’s just only going to continue to make him better and his team better.”

The veteran point guard has been with Brown throughout his entire career. He’s seen him go from a rookie fresh out of the University of California to the All-Star he is today. And according to Smart, he still has much more to come.

Smart wasn’t the only one to sing Brown’s praises postgame. Big man Al Horford touched on the impact Brown has had on the C’s lately. But instead of focusing on the court, Horford revealed the presence he’s been providing off the court.

“We have to commit and just be more focused than ever game to game. Right now in our locker room, Jaylen’s the one that’s really setting the tone with that. He’s really keeping everybody focused, telling us, ‘we need to be focused. We need to lock in. We need to prepare for these games, take care of the game to game things.’”

Since the buzzer-beater loss to the New York Knicks on January 6, the Celtics are 9-4. In those games, Brown has been averaging 24.8 points, 7.5 rebounds, and 3.8 assists while shooting 46.4 percent from the field and 36.1 percent from deep. And according to Horford, he’s made a huge impact in the locker room, too.

Horford touched on the overall mindset of the team moving forward, too. It falls right in line with the energy Brown has supposedly been bringing — the Celtics are focused.

“I believe there’s a real sense of urgency from our group. We have a big challenge for Wednesday. Charlotte’s playing really well. That’s going to be a good test for us.”

Boston lost to the Charlotte Hornets not too long ago, so this upcoming tilt will be their chance at revenge. The two teams square off on Wednesday night at 7:30 p.m. at TD Garden.