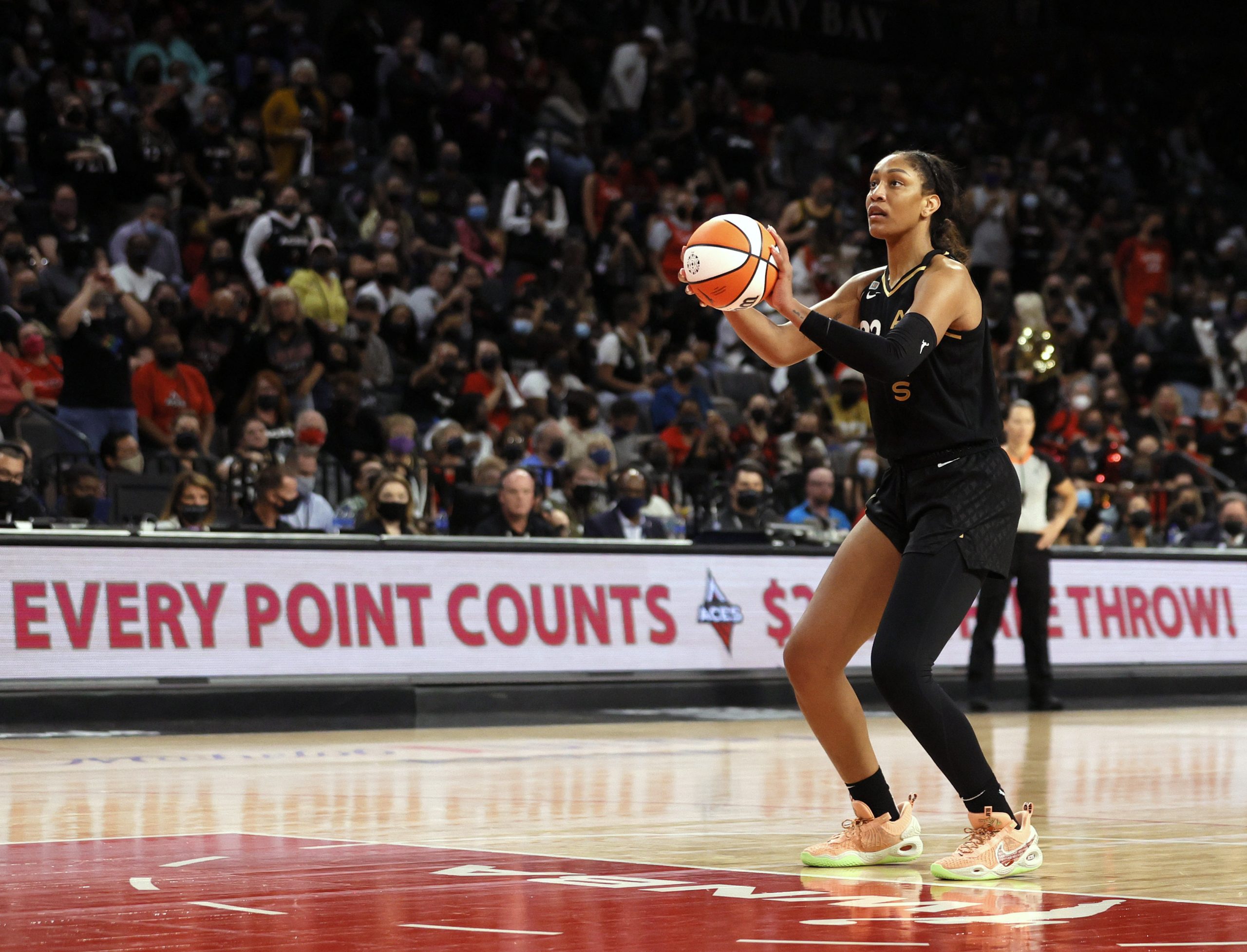 The Las Vegas Aces announced that 2020 WNBA MVP A’ja Wilson re-signed with the only W team she’s ever known.

The 25-year-old forward signed a two-year deal with Las Vegas. As a restricted free agent, the Aces had first right to match any offers she received in free agency.

“Aces fans have embraced me and this team since the day I was drafted, and the city has been a second home for me,” Wilson said in a press release. “I’m looking forward to working with coach (Becky) Hammon and excited about the future of the franchise heading into 2022.”

Since debuting as a rookie in 2018 out of South Carolina, Wilson has accumulated All-Star and Rookie of the Year accolades, as well as becoming a two-time All-WNBA selection, and was named to the All-Defensive second team in 2020 after leading the W in blocks per game. When she won MVP, Wilson averaged 20.5 points, 8.5 rebounds, 2.0 assists, 2.0 blocks, and 1.2 steals per game.

“A’ja is a generational talent both on and off the court. I’m excited to have her back in the fold with the Aces,” Hammon said. “She has been the leader of this team and an integral part of the Las Vegas community since the day she was drafted. I know our fans are ecstatic to once again have her at the forefront of our pursuit of a WNBA championship.”

The Aces are in for a big season under the spotlight after the front office hired W legend Becky Hammon as head coach and GM.