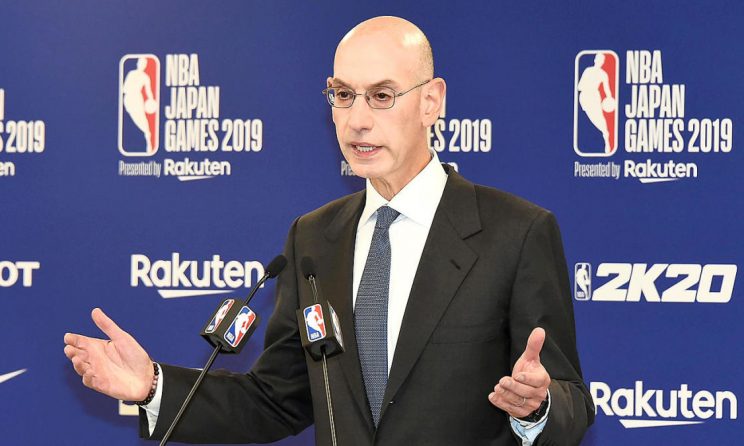 The NBA’s plan to start the 2020-21 season on Dec. 22 is growing less and less likely by the day. A faction of players, including some superstars, is pushing for the league to wait until Martin Luther King Day on Jan. 18 to start the season, as first reported by Yahoo’s Chris Haynes. The league, citing $500 million to $1 billion in potential losses, prefers to start early enough to get its traditional slate of Christmas Day games, but with negotiations at an apparent stalemate, the league is pushing for a faster resolution.

“We’re running out of time,” commissioner Adam Silver told teams Monday regarding a possible Dec. 22 start, per ESPN’s Adrian Wojnarowski. Negotiations are ongoing, but last week, the two sides agreed to push back the deadline to serve notice on terminating the CBA back to Nov. 6. That suggests that the two sides still have a lot of work to do, and that the players are holding firm on their Martin Luther King Day preference.

“Given all that has to be resolved between now and a Dec. 22 date, factoring that there will be financial risks by a later start date, it defies common sense that it can all be done in time,” Roberts told The Athletic. “Our players deserve the right to have some runway so that they can plan for a start that soon. The overwhelming response from the players that I have received to this proposal has been negative.”

There are pros and cons to both sides of this issue. Much of the league, particularly its best players and teams, just spent months in an Orlando bubble with limited access to family, friends and the outside world. Players described it as mentally draining, and to those who stayed long enough, the experience is likely still impacting them physically as well. It’s understandable that they wouldn’t want to jump right back into basketball after that. Players want to recover as much as humanly possible.

The Lakers are at the front of that line. Danny Green appeared on The Ringer NBA Show earlier this week and suggested that some of their players might even skip the early portion of the season if it indeed starts on Dec. 22.

“I think most guys, if they say we’re starting in December, I think they’re like ‘I’m not gonna be there,'” Green said. “If I had to guess, because we have a lot of vets on our team, it’s not like we have a bunch of young guys and rookies, we’ll probably have three or four young guys and rookies, say we’re fortunate enough to bring the same team back. We have [Rajon Rondo] who’s on Year 15, Dwight [Howard] who’s in Year 17, [LeBron James] who’s in Year 18. These guys just played a whole season, Bron’s been in the Finals 10 years out of his 17 years, which is unbelievable mentally. It’s straining to do that, and to have that quick of a restart, I wouldn’t expect to see him there, I wouldn’t expect to see him probably for the first month of the season. He’ll probably be working out with us, but I just don’t expect guys to want to be there or show up willingly.”

Of course, not everybody went to the bubble. The eight worst teams in the NBA haven’t played a meaningful game since March. Players on those teams are likelier to want to start earlier and get things going. It would be one thing if those teams were all also-rans, but remember, some of the league’s most important franchises, including the Golden State Warriors and New York Knicks, fall in that group.

The one thing that affects every player is the financial impact of an earlier start date. The NBA estimates that a Dec. 22 start would be worth around $500 million more than kicking off in mid-January. Some players are equipped to give up that extra money. Some, obviously, are not. Union leader CJ McCollum estimated during the pandemic that 25 percent of players live paycheck to paycheck. Some of those players need every penny they can get.

While players seem split, the NBA appears to be moving forward with plans for the Dec. 22 start. The Ringer’s Kevin O’Connor reported Wednesday that the league held a call with general managers and team presidents to discuss the specifics of a 72-game season starting on Dec. 22, and ending in July before the Olympics. One nugget that could apply no matter what the schedule turns out to be is the league’s plan for reduced travel by introducing MLB-like series in which teams play each other several times in a row.

Wojnarowski detailed a few other ideas on the table. Among them is an expanded play-in tournament that would feature the teams in both conferences ranked 7-10. The No. 7 seed would play against the No. 8 seed in this scenario, with the winner advancing and the loser playing against the winner of game between No. 9 and No. 10 for the final spot. An exemption could be made for teams like the Dallas Mavericks last season, who led the No. 8 seed by 7.5 games in the standings, but nothing is set in stone yet.

The two sides will continue to negotiate. There’s still a chance that the players are using this start date as leverage in another area, such as lower escrow withholdings or a higher percentage of basketball-related Income. But concerns over a December start are genuine. The NBA is a star-driven league. It makes very little sense to place such a burden on its best, most marketable teams by shortening their offseason. The last thing the league should want to do during a pandemic is put the Lakers at a disadvantage.