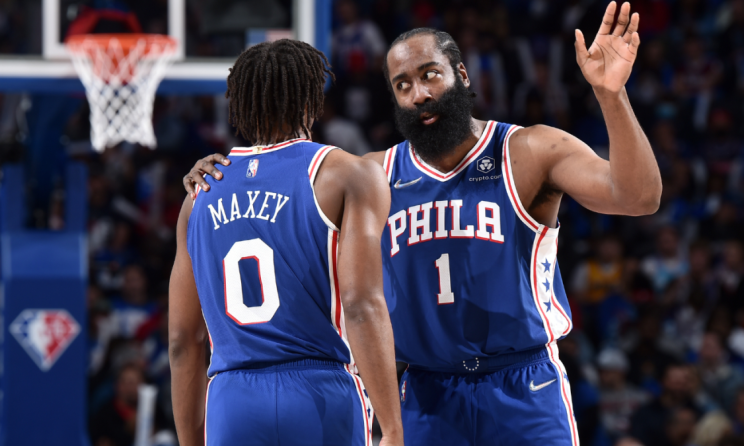 Joel Embiid didn’t need to be the best version of himself to save the Philadelphia 76ers’ season. The MVP finalist returned to the Sixers’ lineup in Game 3 of their second-round series against the Miami Heat, anchoring their defense in a 99-79 win. Embiid scored 18 points on 5-for-12 shooting, with 11 rebounds in 36 minutes, shortly after clearing the NBA’s concussion protocol.

Thanks largely to Embiid, we have a series. On Sunday, Philadelphia has a chance to even it. Miami, meanwhile, must bounce back from a putrid offensive performance in which it scored 89.8 points per 100 possessions. Jimmy Butler scored 33 points on 12-for-22 shooting on Friday, but everyone else on the team managed a combined 46 on 15-for-55 shooting. The Heat shot 7 for 30 (23.3 percent) from 3-point range and the Sixers even outplayed them in the non-Embiid minutes.

Here’s everything you need to know about Game 4 between Miami and Philadelphia.

Heat: Can they, you know, score? Everything looked more difficult with Embiid patrolling the paint in Game 3. Philadelphia blitzed Sixth Man of the Year Tyler Herro on pick-and-rolls, and he scored 14 points on 5-for-15 shooting, going 2 for 7 from deep. Bam Adebayo finished with nine points on 2-for-9 shooting and was -22 in 34 minutes. Kyle Lowry, returning from a hamstring injury that sidelined him for the first two games of this series and the last two games of Miami’s series against the Atlanta Hawks, went scoreless in 25 minutes. It might be time for coach Erik Spoelstra to reinsert sharpshooter Duncan Robinson into the rotation to give the offense some juice.

76ers: The Sixers are at their best when Tyrese Maxey is running circles around everybody. The 21-year-old ball of energy went scoreless in an ugly, closely contested first half on Friday, then exploded for 21 points on 7-for-8 shooting in the second half. Philadelphia doesn’t necessarily need him and Danny Green to shoot a combined 12-for-15 from 3-point range again, but it does need to continue to find opportunities for Maxey to attack a scrambling defense.

The Heat were down by just three points heading into the fourth quarter of Game 3 despite having shot sub-40 percent from the field. They’ve finally had some reps defending the Harden-Joel Embiid pick-and-roll, and they’ve surely seen how they can use the Sixers’ aggressive defense on Herro against them. It can’t just be the Butler show, but Miami has too much collective intelligence on the roster to not unlock one or two of its other playmakers. Pick: Heat +2.0