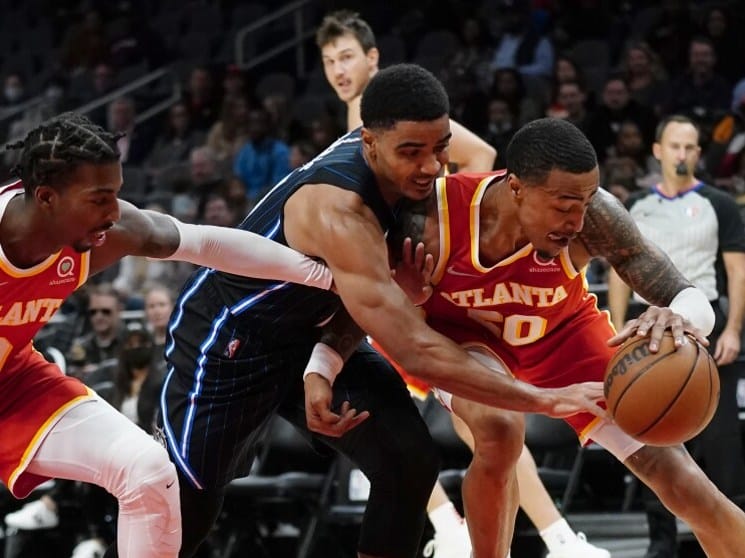 A Gary Harris trade seems to become more and more inevitable as the days go by and the NBA Trade Deadline approaches. The Orlando Magic are a team in full rebuild and have a plethora of guards crowding their backcourt. With Orlando wanting to focus on developing young talents such as Cole Anthony and Jalen Suggs, Gary Harris has become a hot trade commodity. Even though he is not what he once was, he has shown glimpses of his former self this season which is just enough to tempt the right team to deal for the former Michigan State Spartan. Which teams would be the best fit for Harris? Without further adieu, let’s find out.

A reunion with the Nuggets would be a lot of Denver fans’ dream come true. Trying to negotiate around Harris’ contract would be a bit of a pain, but the Nuggets should have enough role players to make a possible Gary Harris trade work. Despite coming alive as of late, the Nuggets could still use some perimeter defense. Even when Harris’ offensive game seemed to be leaving him, his calling card was still locking down the opposition’s best perimeter player. Considering Denver has fallen victim to players such as Jordan Clarkson and Amir Coffey this season, Harris would fit right in and give the Nuggets another defensive-minded player to help against the league’s elite backcourt players and help prevent role players from getting hot.

Atlanta is an interesting destination for a possible Gary Harris trade. Figuring out who Atlanta would want to give up may prove difficult, but a possible backcourt of Trae Young and Gary Harris would be extremely underrated. It would be a very balanced attack given what we know Young can do from long-range while Harris makes up for his defensive deficiencies. It would also take pressure off of Young, so that he could focus on what he does best, being an offensive juggernaut.

Given that the Pacers will be another busy team around the trade deadline, it makes some sense that these two franchises may be in talks with each other. Indiana is willing to offer Myles Turner and Domantas Sabonis along with other quality role players for the right price. Now, this is not to say the Magic could land Turner or a two-time All-Star like Sabonis, but the Magic could still get a good deal for someone else (maybe Caris LeVert), by offering Harris and some other compensation. It would be tough for Gary considering he would end up in another rebuilding situation, but this possible Gary Harris trade may be the only option the Orlando Magic will have come the NBA trade deadline.