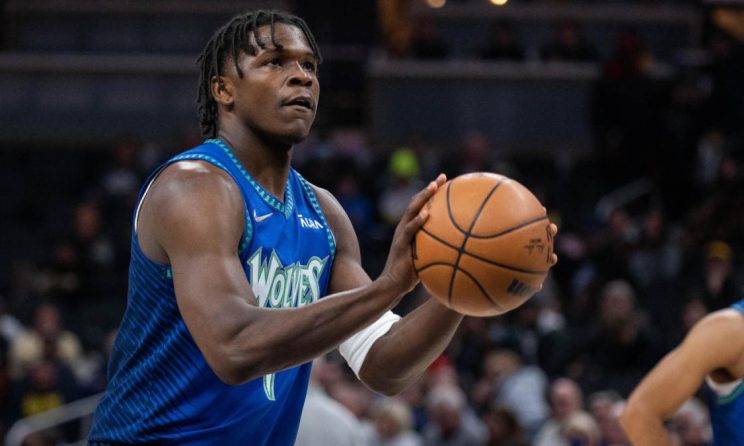 2022 NBA All-Star Weekend arrives in earnest on Friday, with the festivities beginning in familiar fashion. The NBA’s annual Rising Stars Challenge is back after a hiatus in 2021, and some of the best young players in the world will compete. The event features four teams of seven players, with headline-grabbing captains on the sideline. Rick Barry, Gary Payton, Isiah Thomas and James Worthy are the coaches, with the teams made up of 12 NBA rookies, 12 NBA sophomores and four members of the G League Ignite program.

The tournament will begin at 9 pm ET in Cleveland. Team Isiah is currently the betting favorite at +170 (risk $100 to win $170) in the 2022 Rising Stars Challenge odds. Team Barry is listed at +260, with Team Payton at +300 and Team Worthy at +350. Before making any 2022 Rising Stars Challenge picks, be sure to check out the 2022 NBA All-Star Weekend predictions from SportsLine expert Mike Barner.

Barner is a respected NBA Fantasy expert, both season-long and DFS, whose work has appeared in Sports Illustrated and on Yahoo, RotoWire and KFFL. He has also been featured on ESPN Radio. He digs deep into the data, examining team trends and projecting game outcomes. With his unmatched analysis, Barner spots opportunities in a unique way.

Barner’s expertise has been on full display lately. He is on an amazing 84-66-2 run in against-the-spread picks, returning over $1,100 to $100 players. Anyone who has followed him is way up.

Now, he has analyzed the 2022 Rising Stars Challenge lineup from all angles, and just locked in his coveted picks and predictions. He is only sharing his NBA picks and analysis at SportsLine.

It could be argued that Team Isiah has the most talent in the competition. Much of that stems from the pairing of Anthony Edwards and Tyrese Haliburton, both of whom are already high-quality NBA starters with sky-high upside. As such, Team Isiah is also a solid betting favorite, but Barner doesn’t see the value in the number, even while acknowledging it makes sense to have them in the top spot.

Some of the trepidation could stem from the frontcourt, where Team Isiah isn’t loaded. Precious Achiuwa has some of the worst shooting numbers in the NBA this season, posting a true shooting percentage of 46 percent, and Team Isiah’s defense could leave plenty to be desired. Plus, there is talent on all four teams, and it is always wise to search for value.

Barner has identified one team that is a must-back on Friday. Barner says there is “no trio as versatile” as the top three players on the roster, putting them in position to return value. You can only see who it is, and which team you should back in the 2022 NBA Rising Stars Challenge at SportsLine.

Who wins the 2022 NBA Rising Stars Challenge? And what crucial X-factor makes one side a must-back? Visit SportsLine right now to see which team you should be backing on Friday, all from the SportsLine expert on an impressive 84-66 NBA run, and find out.