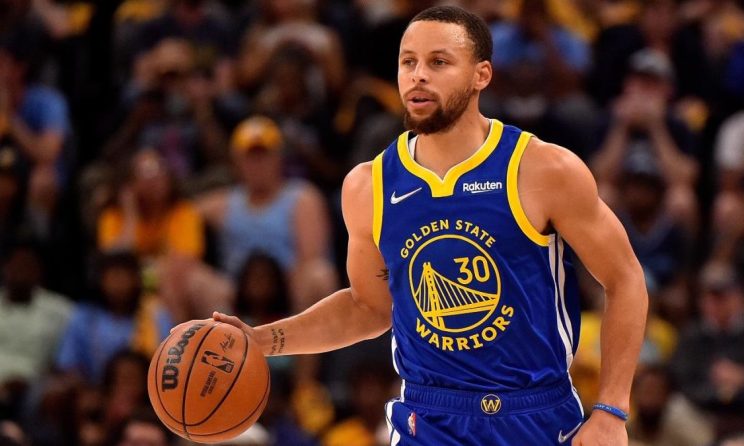 The Golden State Warriors look to become the first team to advance to the NBA conference finals when they visit the Memphis Grizzlies on Wednesday for Game 5 of their Western Conference semifinal series. Golden State took a commanding 3-1 lead in the matchup by posting a 101-98 victory at home on Monday behind a 32-point effort from Stephen Curry. The Warriors trailed by seven points after three quarters and didn’t take their first lead until Curry hit the second of two free throws with 45.7 seconds remaining in the fourth.

In the East, the Boston Celtics attempt to go up 3-2 in their conference semifinal matchup as they host the defending champion Milwaukee Bucks. Boston, which was the only team to sweep its first-round series in the 2022 NBA playoffs, evened things with a 116-108 win at Milwaukee in Game 4. Before making any NBA picks or parlays, be sure to check out the NBA predictions and betting advice from SportsLine’s proven computer model.

The SportsLine Projection Model simulates every NBA game 10,000 times and has returned well over $10,000 in profit for $100 players on its top-rated NBA picks over the past three-plus seasons. The model entered the fourth full week of the 2022 NBA playoffs on a stunning 86-58 roll on all top-rated NBA picks, returning over $2,100. Anyone following it has seen huge returns.

Now, it has set its sights on Wednesday’s NBA playoff schedule and revealed its best bets. If you parlay its picks, you could be looking at a payout of over 12-1. You can head to SportsLine now to see the model’s picks.

One of the top NBA playoff picks for Wednesday the model recommends: the under 219.5 in the Warriors vs. Grizzlies game. The teams combined for 199 points in Game 4 on Monday as Memphis was without Ja Morant due to injury. The Grizzlies announced on Tuesday that their young star has a bone bruise in his right knee and is likely to miss the remainder of the playoffs, which makes the under for Game 5 a strong play.

Morant leads Memphis in scoring this postseason by a large margin as he is averaging 27.1 points per game. Desmond Bane is producing 17.9 per game, but the 23-year-old didn’t come close to that number in Game 4 as he recorded only eight points, marking the third time in the series the shooting guard was held to single digits. The Warriors and Grizzlies finished under this total in four of their seven overall meetings this season prior to Monday, even though Morant played in three of those four contests.

How to make NBA playoff parlays

The model has also identified three other extremely confident picks that need to be in your NBA parlays, including one pick that hits well over 70 percent of the time, bringing plenty of value. You can only see the model’s NBA parlay picks and best bets at SportsLine.

What are the top NBA picks for Wednesday? And which pick can you bank on well over 70 percent of the time? Visit SportsLine now to see the NBA best bets for Wednesday, all from the model that is on an 86-58 roll on all top-rated NBA picks, and find out.