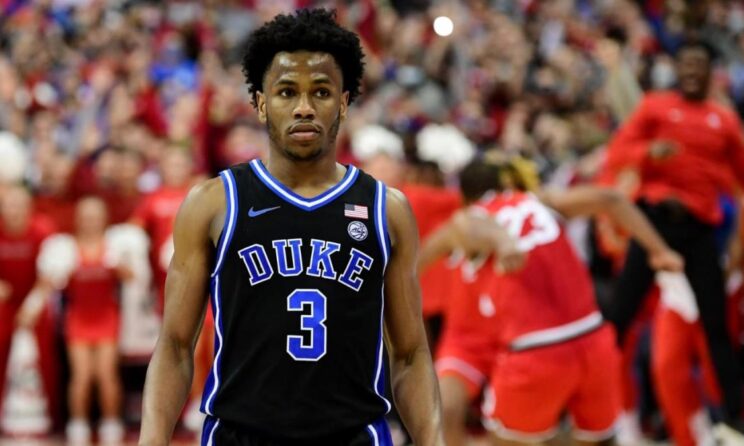 In one of the truest signs that the college basketball offseason is approaching a quicker end than you might expect, the ACC and Big Ten dropped the matchups for next season’s ACC/Big Ten Challenge games. All 14 games will be played over a three-day span (Nov. 28-30) serving as an appetizer to conference play for both power leagues.

As usual, the matchups are hilariously loaded, but in the case of 2022 they are backloaded. Minnesota vs. Virginia Tech and Pitt vs. Northwestern will open play on the first day of the event. Ohio State-Duke and Indiana-North Carolina are among the headliners on the third day. Sandwiched between them are some underrated matchups that include Louisville-Maryland and Virginia-Michigan. It’s hard to set fair matchups, but overall this year should be pretty even.

The ACC still owns a decisive advantage in the ongoing series that began in 1999 — it has won 12 of the 23 events, tied in three of them and lost eight — but the Big Ten is gaining ground with a swiftness. Three of the last events were won by the Big Ten and 11 of the last 13 were either tied or outright wins for the league. After the ACC won the first 10 (!) times from the event’s inception, it has only won twice — in 2016 and 2017 — since. Oh, the drama!

To get you prepped for this year’s challenge, here is a ranking of all 14 games in order from most appealing to least appealing. Rankings for each team derived from the CBS Sports never-too-early Top 25 (And 1).

Duke fell 71-66 on the road to Ohio State last season in its first loss of the season (and only loss before January). This one figures to not only set up as a revenge game for Duke but doubles as one of the first marquee matchups inside Cameron Indoor Stadium for new Blue Devils coach Jon Scheyer, who is taking over the program from the legendary Mike Krzyzewski. The talent level in this game combined with the guarantee of an elite college hoops game atmosphere bumps this one to No. 1 in my rankings over UNC-Indiana.

A tough call for me, bumping UNC-Indiana to No. 2 on this list — the reigning national runner-up in UNC taking on a rejuvenated blueblood in Indiana inside the cathedral that is Assembly Hall is sweet theater — but this reflects my skepticism more about Indiana than anything. Getting Trayce Jackson-Davis, Xavier Johnson and Race Thompson back, among others, is significant, but the majority of this core that was in place last season was barely good enough to be an NCAA Tournament team. Jalen Hood-Schifino might be the swing piece that helps IU grow from fringe tourney team to fringe Big Ten contender, assuming Jackson-Davis continues his development as one of the best talents in the college game.

Purdue is the ranked team and FSU is not, but allow me to predict a way-too-early betting line for this one: FSU -3. The Seminoles are notoriously a tough out at home under Leonard Hamilton. They’ve assembled a really nice incoming class mixed with high schoolers and transfers that, combined with the return of Caleb Mills and Matthew Cleveland, could make this one a sneaky great matchup. Purdue isn’t short on talent, though, and even after losing Jaden Ivey and Trevion Williams, a team centered around Zach Edey is a team that will inherently present major mismatch problems in the post.

Higher than you might expect given the names, but love this matchup and think it should be pretty close. The two teams are 1-1 when facing each other since Steve Pikiell took over at Rutgers. Miami’s had a dramatic offseason in retaining Isaiah Wong and acquiring Nijel Pack to build upon a roster that peaked in March last year.

Virginia and Michigan both had down years by their own standards last season so this should be a nice litmus test to see where they both stand ahead of league play. Virginia returns Kihei Clark and Jayden Gardner as part of its lengthy list of returners, while Michigan brings back Hunter Dickinson while aiming to replace the production left behind by former five-stars Caleb Houstan and Moussa Diabate.

This game doesn’t have the same luster it might’ve had if Blake Wesley, Gabe Brown and Max Christie returned, but Tom Izzo vs. Mike Brey is generally appointment viewing. It’ll be two well-coached teams with tons of talent in a great setting to see how young guns JJ Starling (five-star ND signee) and Kaxon Kohler (four-star MSU signee) fare on the big stage.

Illinois has consistently performed as a top-20 program under Brad Underwood but may be in for a build-back season after losing Kofi Cockburn, Andre Curbelo, Jacob Grandison, Alfonso Plummer and Trent Frazier. But maybe not, depending upon how Texas Tech transfer Terrence Shannon Jr. and his development. Either way this should be a solid game with Jim Boeheim leading Syracuse into a likely raucous atmosphere.

One of the first major tests for new Maryland coach Kevin Willard after a long and successful stint at Seton Hall. Not an ideal setup — Louisville has never lost at home in an ACC/Big Ten Challenge game — but the Cardinals are also debuting a first-year coach in Kenny Payne.

After losing a ton of NBA talent — Wisconsin with Johnny Davis and Wake Forest with Jake LaRavia and Alondes Williams — this game on paper lacks some real juice. But this could be a fantastic platform for some potential breakout stars to make their mark. Wisconsin’s Chucky Hepburn and Wake Forest’s incoming transfer Tyree Appleby going head-to-head could be quality viewing.

Penn State guard Jalen Pickett quietly possesses the star power necessary to will the Nittany Lions into the bubble conversation next season, so facing off against a Clemson team that lost a ton of talent in the backcourt could be a great spot for him to shine. Clemson has been vulnerable on its home court of late in this ACC/Big Ten Challenge series, too.

Remember Hunter Cattoor, the Virginia Tech guard who blasted Duke for 31 points in the ACC Tournament last postseason? He’ll be a feature piece for the Hokies this year next to Justyn Mutts after losing Keve Aluma. Should be an interesting matchup against a mish-mash unit of Minnesota that includes former five-star Dawson Garcia and Jamison Battle.

After losing Keegan Murray to the NBA, Iowa looks to rebuild behind his brother, Kris Murray, who himself has breakout potential for the Hawkeyes in 2022-23. He’ll be the main attraction for this game as he helps lead Iowa against a Georgia Tech team that will likely rely heavily on transfers Lance Terry and Javon Franklin.

These two teams faced off both in 2019 and 2020, with Pitt taking both games — most recently in a close 71-70 win. Both head coaches (Jeff Capel at Pitt and Chris Collins at Northwestern) may be facing more scrutiny this year than in recent years. Northwestern hasn’t had a winning season in several years and Pitt still hasn’t had a season above .500 since Capel took over.

This doesn’t profile as a particularly appealing matchup. Nebraska was the worst team in the Big Ten last season and Boston College was one of the worst in the ACC. And losing Bryce McGowens to the NBA Draft stings for the Cornhuskers. Boston College returning its three leading scorers from last year, including Makai Ashton-Langford,  could make the Eagles (and this game) interesting. . . maybe.